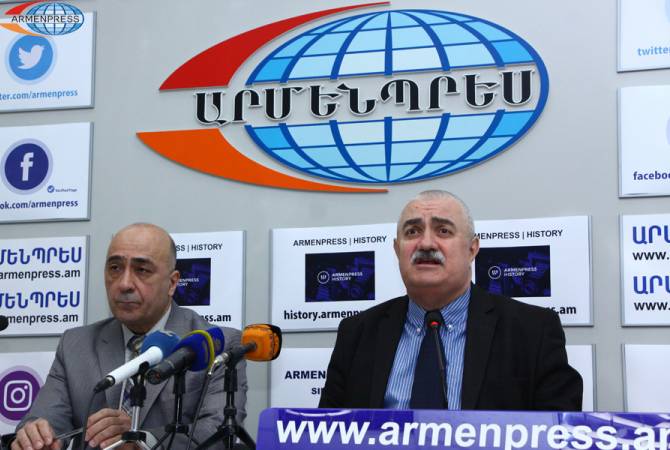 
YEREVAN, FEBRUARY 24, ARMENPRESS. The Armenian economy had the highest growth among EEU countries in a number of important economy branches, coordinator of the Eurasian Expert Club Mr. Aram Safaryan told a press conference.

“The year was generally good for EEU countries, after the difficult 2015 and partly also 2016 Russia has more than 1% economic growth and is on a sustainable development path, which has the most positive impact for small economies of the EEU territory. The economies of Armenia and Kyrgyzstan had the highest development indicators. While Armenia’s [indicator] is simply the highest”, he said.

He mentioned that their earlier forecast on Armenia recording more than 4% GDP growth in 2017, which was contrary to what international structures were predicting, eventually became true.

Commenting on the 7% growth of transfers to Armenia, the expert says transfers from Russia have a big share in this growth.

“This is very important to understand because this speaks about Russia’s appeal for Armenian outgoing workforce. There is 1 billion 200 million dollar in transfers from Russia. 63% of transfers come from Russia, 14% from the USA, while the Ukraine is third with 5,5%,” he said.

Speaking on 2018 forecasts, he said they predict that the volume of investments which existed in 2017 with the announced indicator will be maintained in 2018, the year will be good because the growth tendencies can be continuous.