YEREVAN BESTSELLER 4/98 - ‘Steppenwolf’, ‘The Boy in the Striped Pyjamas’, ‘The Unbearable Lightness of Being’ among weekly top 10 | ARMENPRESS Armenian News Agency

YEREVAN BESTSELLER 4/98 - ‘Steppenwolf’, ‘The Boy in the Striped Pyjamas’, ‘The Unbearable Lightness of Being’ among weekly top 10 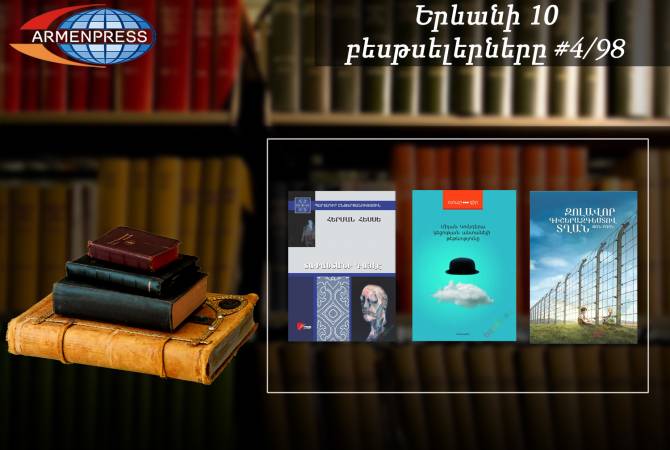 ‘Three Comrades’ by German author Erich Maria Remarque is a novel first published in 1936. It is written in first person by the main character Robert Lohkamp, whose somewhat disillusioned outlook on life is due to his horrifying experiences in the trenches of the First World War's French-German front. He shares these experiences with Otto Köster and Gottfried Lenz, his two comrades with whom he runs an auto-repair shop in late 1920s Berlin. Remarque wrote the novel in exile. The book is again ranked 5th in the list.

Milan Kundera’s ‘The Unbearable Lightness of Being’ returns to the list and is ranked 6th. It was published in 1984. The book chronicles the fragile nature of an individual's fate, theorizing that a single lifetime is insignificant in the scope of Nietzsche's concept of eternal return. In an infinite universe, everything is guaranteed to recur infinitely. In 1988, American director Philip Kaufman released a film adaptation.

‘Jonathan Livingston Seagull’ by American writer Richard Bach captures the 7th place. The book tells the story of Jonathan Livingston Seagull, a seagull who is bored with daily squabbles over food. Seized by a passion for flight, he pushes himself, learning everything he can about flying, until finally his unwillingness to conform results in his expulsion. An outcast, he continues to learn, becoming increasingly pleased with his abilities as he leads a peaceful and happy life. The book has been translated by Naira Harutyunyan.

‘Steppenwolf’ novel by German-Swiss author Hermann Hesse is 8th. Originally published in Germany in 1927, it was first translated into English in 1929. Combining autobiographical and psychoanalytic elements, the novel was named after the lonesome wolf of the steppes. The story in large part reflects a profound crisis in Hesse's spiritual world during the 1920s while memorably portraying the protagonist's split between his humanity and his wolf-like aggression and homelessness. Hesse would later assert that the book was largely misunderstood.

‘1984’ by George Orwell is 9th in the bestselling list of the week. The book is labeled as “banned” in many countries of the world.

Oscar Wilde’s ‘The Picture of Dorian Gray’ concludes this week’s list. Dorian Gray is the subject of a full-length portrait in oil by Basil Hallward, an artist who is impressed and infatuated by Dorian's beauty; he believes that Dorian's beauty is responsible for the new mode in his art as a painter. Through Basil, Dorian meets Lord Henry Wotton, and he soon is enthralled by the aristocrat's hedonistic worldview: that beauty and sensual fulfillment are the only things worth pursuing in life.