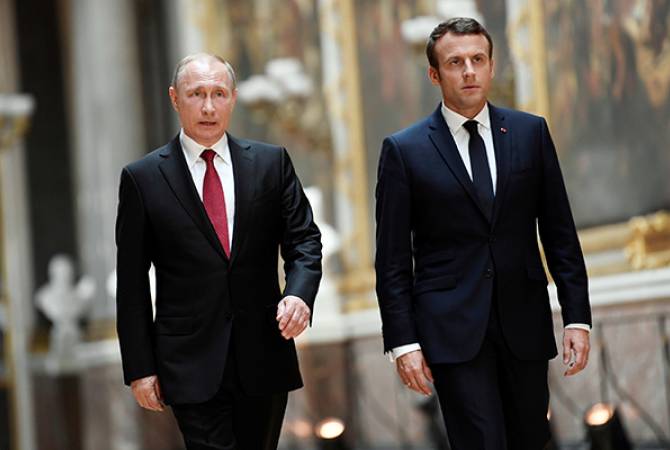 
YEREVAN, FEBRUARY 9, ARMENPRESS. Russian president Vladimir Putin had a phone conversation with his French counterpart Emmanuel Macron to discuss the situation in Syria, the Kremlin reported.

“Prospects of a political settlement of the Crisis in Syria were discussed comprehensively”, the Kremlin said.

"The parties expressed interest in advancing the inclusive intra-Syrian talks in Geneva based on the outcome of the Syrian National Dialogue Congress held in Sochi on January 30 and the United Nations Security Council Resolution 2254," the Kremlin press service said, adding that the two presidents had emphasized "the importance of enhancing coordination between Russia and France concerning the key aspects of the Syria issue,” Tass reports.