State Department concerned over conviction of U.S. citizen in Turkey 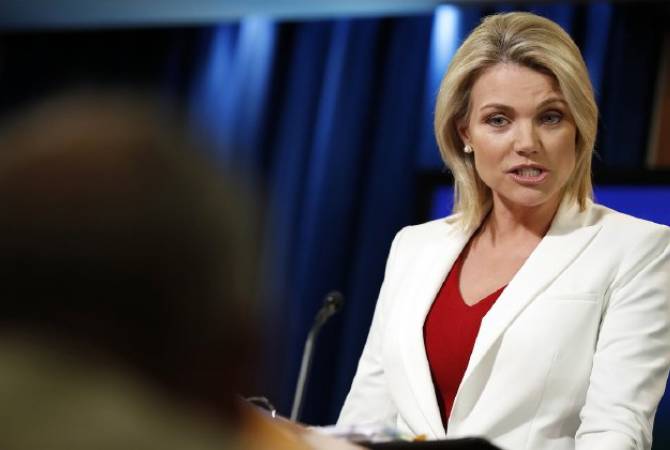 
YEREVAN, FEBRUARY 9, ARMENPRESS. The U.S. Department of State is deeply concerned by the February 8th conviction without credible evidence of U.S. citizen Serkan Golge for being a member of a terror organization, Department’s spokesperson Heather Nauert said at a press briefing, Armenpress reports.

“We will continue to follow his case closely along with those of other U.S. citizens whose ongoing prosecution under the state of emergency raises serious concerns about respect for judicial independence, protections enshrined in the Turkish constitution, including an individual’s right to a fair trial. The safety of U.S. citizens traveling to or residing in Turkey remains a concern. He was arrested, by the way, back in July of 2017. He’s a NASA scientist, if that helps you to remember his case”, Heather Nauert said.

The spokesperson stated that the US calls on the Turkish Government to end the protracted state of emergency, to release those detained arbitrarily under emergency authorities, and to safeguard the rule of law consistent with Turkey’s own domestic and international obligations and commitments.