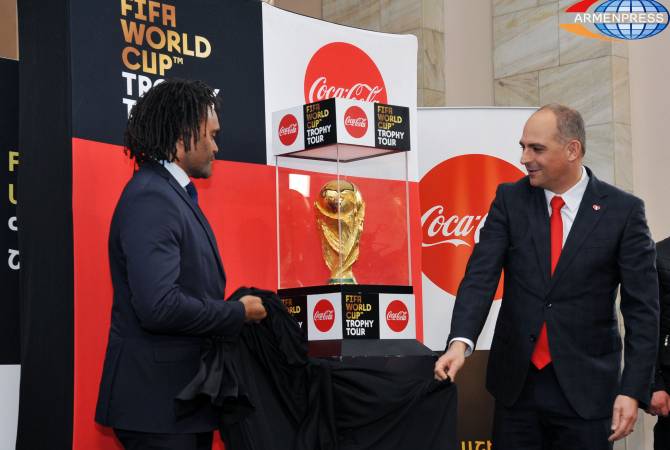 
YEREVAN, FEBRUARY 7, ARMENPRESS. The FIFA World Cup trophy is in Yerevan for the first time in history, reports Armenpress.

The World Cup trophy was presented to media representatives at the Opera and Balet National Academic Theatre after which it was displayed at the Freedom Square.

This new trophy is not awarded to the winning nation permanently. World Cup winners retain the trophy only until the post-match celebration is finished. They are awarded a gold-plated replica rather than the solid gold original immediately afterwards.

The World Cup trophy started to be displayed in different countries of the world since 2006.