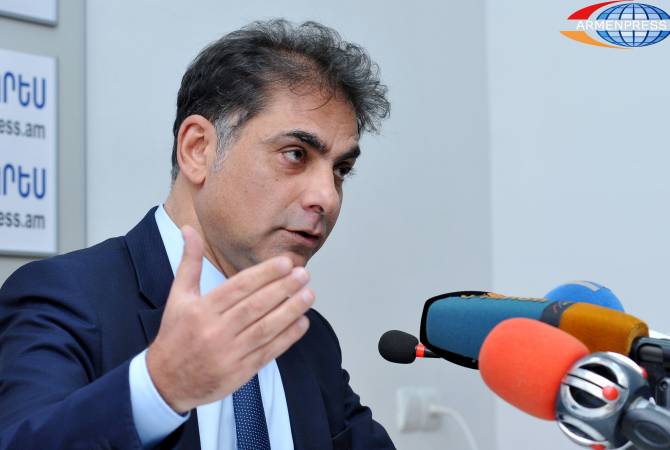 
YEREVAN, FEBRUARY 3, ARMENPRESS. Soon lawyers will begin working to once again introduce the issue of criminalizing the denial of the Armenian Genocide in France to the agenda, Co-Chair of the Coordination Council of Armenian Organizations in France Murad Papazian told a press conference.

“Our lawyers didn’t begin working with the government’s lawyers yet. As you know, during the annual dinner of CCAF, President Macron said he is in favor for this process to have new course. The President also gave his agreement for April 24 to be declared as Armenian Genocide Commemoration Day in the calendar. We must again go into this struggle, but already from a new angle”, he said.

According to Papazian, since the majority of MPs of France have changed after the election, active work with parliamentarians is implied. The Armenian community has already begun establishing contacts with them.

Another important event is the Francophonie Summit in Yerevan of 2018, which the French President will attend.

“We, as Diaspora, as French-Armenians, must have our role. I think also to give political nature to that event, use this opportunity and have new allies. To remind that Turkey and Azerbaijan aren’t participating”, he said.