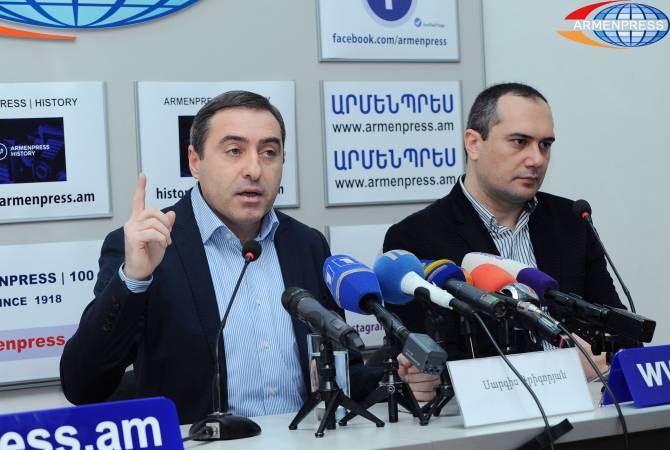 
YEREVAN, JANUARY 23, ARMENPRESS. Turkey’s actions in Syria’s city of Afrin are directly linked with the developments recorded in the inner-Syrian processes over the past year, expert on Arabic studies Armen Petrosyan told a press conference in Armenpress, stating that the Astana format was formed in January 2017 within the frames of which a certain process for settling the inner-Syrian issues by the mutual consent of Russia, Iran and Turkey launched. As a result, a number of foreign players were left out.

“Among them is US. In the end of 2017 by announcing the completion of the fight against the Islamic State terrorist group, the US, in fact, was left out form the inner-Syrian direct processes. The US return to the Syrian conflict was signaled by the initiative to arm the Kurds, form a new Kurdish structure. The talk is about the creation of military union consisting of 30.000 troops”, he said.

The US such initiative activated Turkey’s actions. According to Armen Petrosyan, the direct actions in Afrin are indirectly against the US.

“Why Afrin? Because this area is mostly populated by Kurds. The Turkish statements that 35% of people here are Kurds, and 55% are Arabs, are false, here the Kurds constitute majority, and Turkey sees a threat in this”, Sargis Grigoryan said, adding that Turkey is interested not only in Afrin, but also in other Kurdish-populated districts.

Sargis Grigoryan added that the Kurdish-populated parts are also populated by Armenians. The expert sees a threat here. If Turks appear in these parts, ethnic cleansings will be implemented, therefore, it’s necessary to be vigilant.