It’s best period to do business in Armenia – Armenian Premier 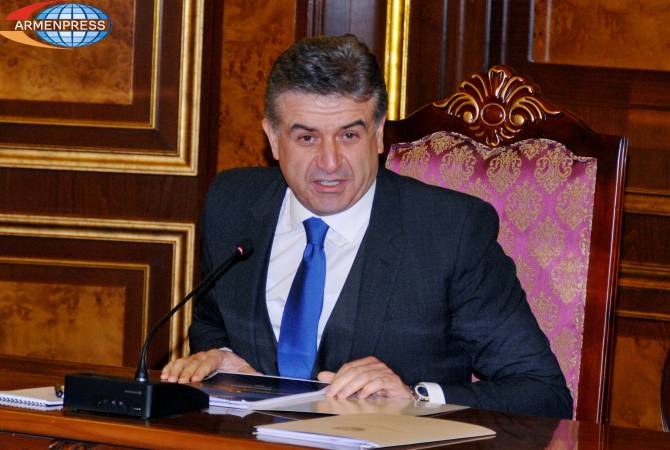 
YEREVAN, JANUARY 22, ARMENPRESS. The Prime Minister of Armenia is convinced that it’s the best period in the country for doing business, he told “Ria Novosti” commenting on the 1 billion USD investment program of “Tashir” Group in Armenia and answering the question if any other investments are expected in Armenia.

“Indeed, the “Tashir” group of companies, the Electric Networks of Armenia introduced a 1 billion USD investment project in the energy sector of the country on November 13 in the sidelines of the initiatives of the Investors Club of Armenia”, the Armenian Premier said, adding that 900 million USD will be invested in the reconstruction of the existing energy infrastructures in the electric power distribution stations that have been included in “Tashir” group of companies since 2015. Karen Karapetyan also said that “Tashir” group plans also another investment projects in Armenia amounting to 200 million USD – the construction of Shnogh HPP.

“The reconstruction project of Kumayri reserve district is underway in Gyumri’s historic district”, the PM said, noting that a number of investment projects in other key touristic directions are in the preparatory stage. “Major investment projects have kicked off in mining, as well as in the sphere of light industry. Organic and greenhouse farming that have a great demand, becomes more and more popular in Armenia day by day”, Karen Karapetyan said.

According to him, the multiplier effect of all those projects will become visible gradually and there will be new and positive trends in social-economic changes, as well as will strengthen Armenia’s reputation on international arenas as a country convenient for living, resting and doing business.

“I have to mention that one of our main goals is to create maximally comfortable conditions for doing business in the country and considering what I said before I can assure that now is the best period to do business in Armenia”, the Armenian Premier stressed.