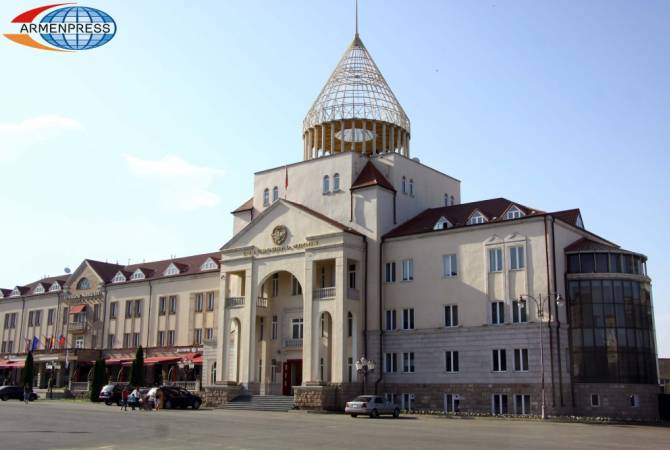 
YEREVAN, JANUARY 20, ARMENPRESS. The Standing Committee on Foreign Relations of the Parliament of the Republic of Artsakh issued a statement in connection with the 28th anniversary of the mass pogroms of the Armenian population in Baku, the Artsakh Parliament told Armenpress.

The statement runs as follows:

“28 years ago, on January 13-19, 1990, the Azerbaijani authorities organized and carried out mass massacre of the Armenian population in Baku. About a quarter of a million of Armenians, on the ground of the national affiliation, were subjected to violence and deportation. According to international human rights organizations, hundreds of Armenians became victims to torture and the property of Armenians was subjected to plundering and confiscation. The disintegrated Baku went down in history as the "city of three massacres" (1905, 1918 and 1990).

The events that took place in Baku in the bloody days of January 1990, carried out with the knowledge and intent of the Gorbachev regime, were the implementation of the genocide of the Armenians of Azerbaijan, a policy by which Baku was striving to silent the voice of Artsakh people raised for the realization of their right to self-determination. Today, the Azerbaijani authorities take every measure to hide their genocidal actions by falsifying the facts and avoiding responsibility.

Paying tribute to the memory of the innocent Armenians died in the massacre and deportation of Baku; being convinced that the impunity of the crime leads to the new crimes, which the civilized community once again witnessed during the new military aggression unleashed against the people of Artsakh in April 2016, the Standing Committee on Foreign Relations of the National Assembly: condemns any manifestation of terrorism, xenophobia and extremism; insists that the violence organized against Armenians of Baku, the whole Eastern Transcaucasia, as well as the North Artsakh and Nakhijevan fully corresponds to the legal formulation of the crime of genocide defined in the 1948 United Nations Convention on the Prevention and Punishment of the Crime of Genocide; reiterates that the Republic of Artsakh will remain consistent in bringing the organizers and implementers of the genocide of Armenians of Azerbaijan to justice; calls upon the international community and parliamentary institutions to give legal assessment to the massacre of the Armenian population in Baku and take steps against the continuing anti-Armenian propaganda in Azerbaijan to prevent its possible consequences”.