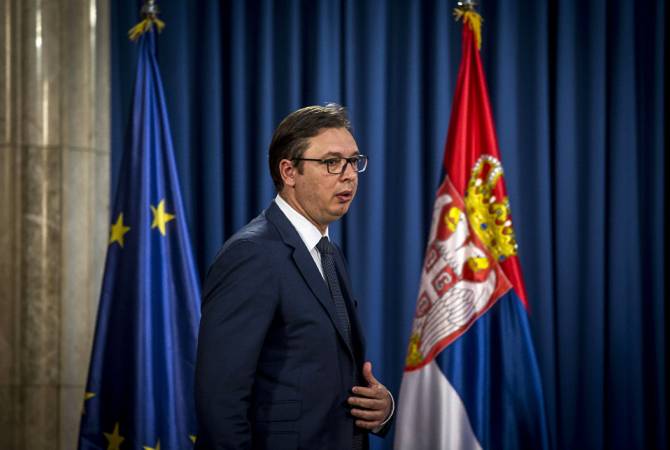 500 Serbians living in Banjska gathered outside the Monastery.

The Banjska Monastery is one of the ancient monasteries in Kosovo. It has been constructed in the 14th century.

Large-scale security measures were taken over the visit of the Serbian President to Kosovo. No provocation attempts have been registered yet.

Aleksandar Vucic visits Kosovo for the first time as President of Serbia. Earlier he visited Kosovo as prime minister. His visit is taking place on the background of the murder of Kosovo Serb leader Oliver Ivanovic which took place on January 16.

Vucic is set to meet with Kosovo Serbs in the the cities of Kosovska Mitrovica, Gracanica and Laplje Selo.