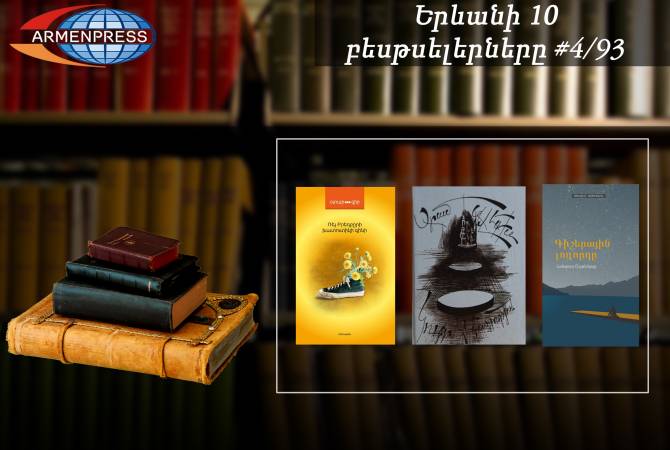 ‘Dandelion Wine’, 1957 novel by Ray Bradbury returned to the list and is ranked 4th. The novel is taking place in the summer of 1928 in the fictional town of Green Town, Illinois, based upon Bradbury's childhood home of Waukegan, Illinois. It was translated from English by Zaven Boyadjyan.

‘Three Comrades’ by German author Erich Maria Remarque is a novel first published in 1936. It is written in first person by the main character Robert Lohkamp, whose somewhat disillusioned outlook on life is due to his horrifying experiences in the trenches of the First World War's French-German front. He shares these experiences with Otto Köster and Gottfried Lenz, his two comrades with whom he runs an auto-repair shop in late 1920s Berlin. Remarque wrote the novel in exile. The book is ranked 5th in the list.

‘The Diary of Anne Frank’, is a book of the writings from the Dutch language diary kept by Anne Frank while she was in hiding for two years with her family during the Nazi occupation of the Netherlands. After Anne’s death in a concentration camp, the diary was retrieved by Miep Gies, who gave it to Anne's father, Otto Frank, the family's only known survivor, just after the war was over. The diary has since been published in more than 60 languages. The Diary of Anne Frank is ranked 7th in this week’s Yerevan Bestseller.

‘Blind Punctuation’ by Aram Avetis this week is ranked 8th. The editor of the book is Arkmenik Nikoghosyan.

Swiss author Hansjörg Schertenleib’s ‘Night Swimmer’ is about the first love, secrets, emotions and hatred. It is ranked 9th.

‘The Hundred-Year-Old Man Who Climbed Out the Window and Disappeared’ by Swedish writer Jonas Jonasson concludes this week’s bestselling list. Allan Karlsson is about to celebrate his hundredth birthday, and a party is planned at his retirement home. Allan is alert despite his age, but is not interested in attending the party. Instead he climbs out the window and disappears.