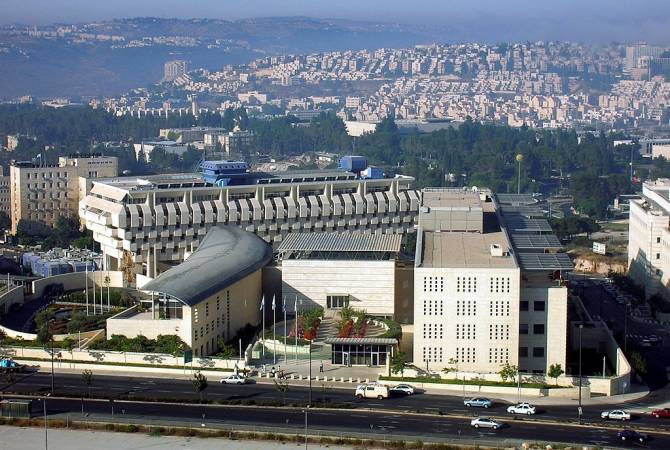 
YEREVAN, JANUARY 8, ARMENPRESS. Israeli advocate Eitay Mack and genocide scholar Yair Auron, who recognized the Armenian Genocide, sent a request to the Israeli foreign ministry in accordance with the Freedom of Information Law for information on agreements and commitments undertaken by the State of Israel vis-a-vis Turkey and Azerbaijan as to not recognizing the Armenian Genocide, reports Armenpress.

In the request, sent to Aryeh Zini - Official in charge of implementing the Freedom of Information Law Israeli Ministry of Foreign Affairs, the advocate and scholar reminded that Turkey resolutely denies the Armenian Genocide that took place in the Ottoman Empire in 1915. Similarly, and in view of the conflict between Azerbaijan and Armenia over Nagorno Karabakh, Azerbaijan has become Turkey’s partner in leading the denial of the Armenian Genocide.

“Unfortunately, in spite of the existence of an Armenian community in Israel and in spite of a continuous public, academic and political campaign, the Armenian genocide has not been recognized by the State of Israel. It seems that the official Israeli denial of the Armenian Genocide is tied to its diplomatic and military relations with Turkey, and in recent years to the relations with Azerbaijan”, stated in the request.

They recalled that in 2011, at the time of a hearing at the Knesset's Education Committee, on the Armenian Genocide, former Deputy Minister of Foreign Affairs, Mr. Danny Ayalon, former Chairman of the Knesset Education Committee, MK Alex Miller, as well as additional MK's from 'Israel Beitenu' party clarified unequivocally to the Azerbaijani media that the State of Israel would not recognize the Armenian Genocide so as not to harm relations with Azerbaijan.

Moreover, Eitay Mack and Yair Auron stated that in the recent years official Israel has become a direct and indirect supporter of the purported “Khojaly genocide” claim. They noted that one thing is not disputed among the international community - No genocide by its common definition took place there.

Given the abovementioned, Eitay Mack and Yair Auron requested the foreign ministry to disclose to them the following information:

-Any documentation of agreements, understandings, commitments vis-a-vis Azerbaijan and Turkey as to the question of recognizing the Armenian Genocide.

-Any correspondence with Turkish or Azerbaijani representatives on the question of recognizing the Armenian Genocide.

-Any documentation of meetings or communications between representatives of the Ministry of Foreign Affairs with Turkish or Azerbaijani representatives on the question of recognizing the Armenian Genocide.

-Decisions and position papers of the Ministry of Foreign Affairs as to the question of recognizing the Armenian Genocide, in view of Turkey and Azerbaijan's objection.