Cooperation agreements signed between Government of Armenia and KfW Bank 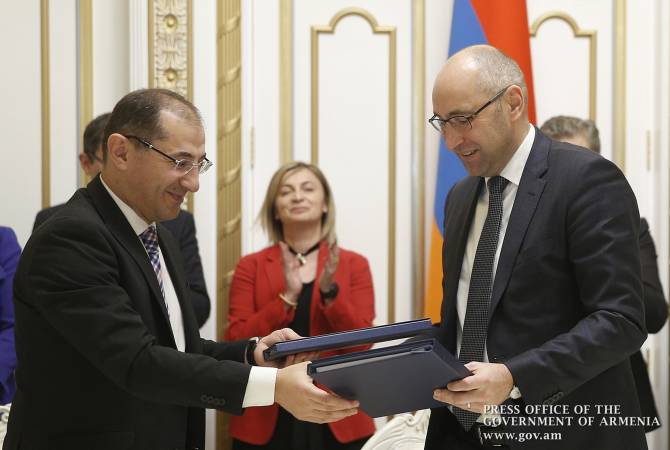 The press service of the Armenian Government told ARMENPRESS that frequent bilateral contacts document the importance of the cooperation with KfW, and Armenia is interested in continuing and developing it.

The Head of Government expressed confidence that the signing of the Agreement on Comprehensive and Enhanced Partnership between the Republic of Armenia and the European Union will help strengthen Armenia's relations with Germany and KfW.

A grant agreement worth 5.3 million euro was signed between the Republic of Armenia and KfW under the Agricultural Insurance Scheme Support Program and a credit agreement for the 2nd stage of the "Integrated Water Resources Management / Akhuryan River I" worth 18.5 million Euros.