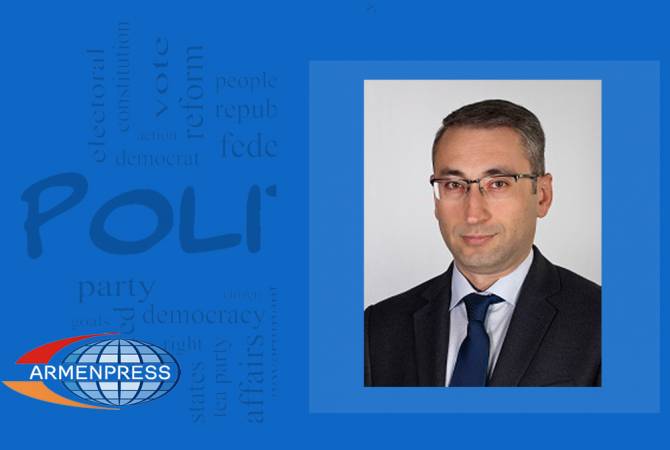 
YEREVAN, DECEMBER 15, ARMENPRESS. More than 1000 different crypto currencies which dictate new rules as they’ve appeared in our lives cannot compete with national currencies. With one simple reason – they have extremely big risks and don’t comply with standards which are the basis of national currencies.

Mher Abrahamyan, director of the Central Bank’s Financial System Regulation Department gave an interview to ARMENPRESS regaring the cryptocurrencies, the CB’s stance on the matter, regulation and control of the area and their possible impact on the global economy.

Bitcoin’s value grew by almost 12 times compared to its value of the beginning of the year. As of December 11, the price of 1 Bitcoin has crossed 16,000 dollars. What stance has the Central Bank adopted regarding cryptocurrencies?

“Cryptocurrency has become an interesting, trendy and popular term especially in the recent period, taking into account the pace of value growth and not mentioning reputation. This drastic growth has become the reason for so much media attention. First let me say that today numerous cryptocurrencies exist in the world, more than 1000. Certainly the most popular is Bitcoin, which is nearly 50% of the entire cryptocurrencies”, he said, adding that majority of countries don’t yet have a final stance in terms of regulation and control.

“Certain countries undertake different tests, certain countries regulate, some ban, while others warn their citizens about the significant risks associated with the cryptocurrencies”, he said.

The CB official says they focus on this issue, by researching and monitoring issues related to it in order to have a policy.

Speaking about information regarding the number of Bitcoin users in Armenia, the CB official said there is no official data, but a certain volume exists, but insignificant.