YEREVAN BESTSELLER 4/90: Winter of Roden back in weekly chartbuster list 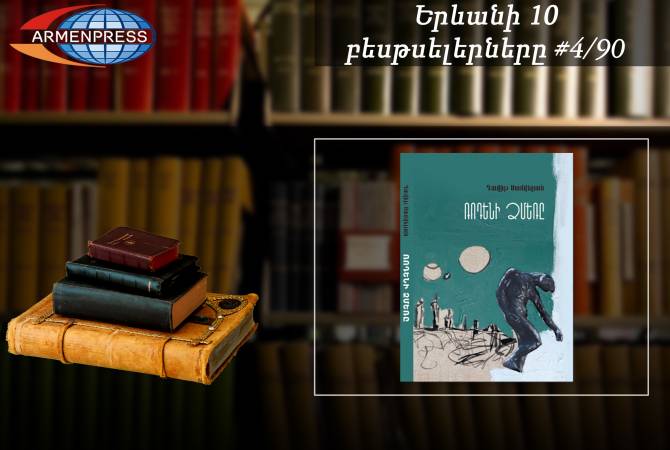 Narine Abgaryan’s Manyunya, which was ranked 1st last week, is second in the list.

The book is about human relationship, love, friendship and betrayal.

The Diary of Anne Frank, is a book of the writings from the Dutch language diary kept by Anne Frank while she was in hiding for two years with her family during the Nazi occupation of the Netherlands. The diary has since been published in more than 60 languages.

The Diary of Anne Frank is ranked 4th in this week’s Yerevan Bestseller.

‘The Boy in the Striped Pajamas’ is ranked 5th in the list. It is a 2006 Holocaust novel by Irish novelist John Boyne. Unlike the months of planning Boyne devoted to his other books, he said that he wrote the entire first draft of The Boy in the Striped Pyjamas in two and a half days, barely sleeping until he got to the end.

‘Blind Punctuation’ by Aram Avetis is 6th, followed by Edgar Harutyunyan’s Art of Devotion or Ode to Rose.

Stefan Zweig’s ‘Collected Stories’ is ranked 8th. Zweig was an Austrian novelist, playwright, journalist and biographer. At the height of his literary career, in the 1920s and 1930s, he was one of the most popular writers in the world. The book was translated by Ara Arakelyan and Margarit Arakelyan.

The list is concluded by Davit Samvelyan’s Winter of Roden.