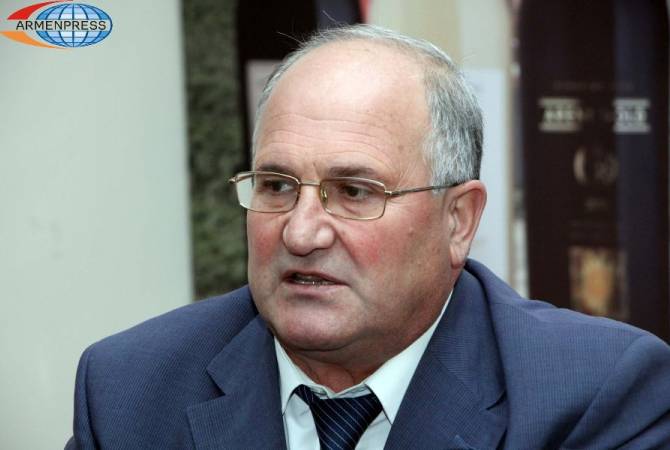 
YEREVAN, NOVEMBER 27, ARMENPRESS. The first factor in being at any economic, political or military union are the states, the nation’s common interests, RPA faction MP Samvel Nikoyan said during the parliamentary hearings on ‘Armenia’s withdrawal from the EAEU’ initiated by Yelk faction, reports Armenpress.

“For our state the national security issues are the most important. Here everyone touched upon this issue and the main negative approach was that our strategic ally sells weapons to our adversary. Yes, you are right, I agree with you. I have repeatedly announced publicly that this is unacceptable. But in line with this I have stated clearly that all agreements that we have signed with Russian are effectively working which enable to purchase modern military equipment from Russia with their domestic prices: this is a fact. We ensure our security by acquiring modern arms from Russia at affordable prices. Therefore, our cooperation within the CSTO is beneficial since we managed to solve the most important issue faced by us”, Nikoyan said.

The lawmaker stated that Armenia’s membership to the Eurasian Economic Union (EAEU) is an opportunity which should be used. According to him, each union has its own interests, but it also provides opportunities which should be used and served to your own interests. MP Samvel Nikoyan said Armenia managed to use its EAEU membership the evidence of which are the current economic figures.

Commenting on the new agreement signed between Armenia and the European Union, the lawmaker stated that it is the victory of Armenia’s foreign policy. “This shows that our “both, and” policy gave its results. We have perfect relations with the US, China, Russia, our neighbors Georgia and Iran. I am confident that we run a foreign policy which will bring success to us since we are not constructing our foreign policy based on contradictions of interests of superpowers”, he said.