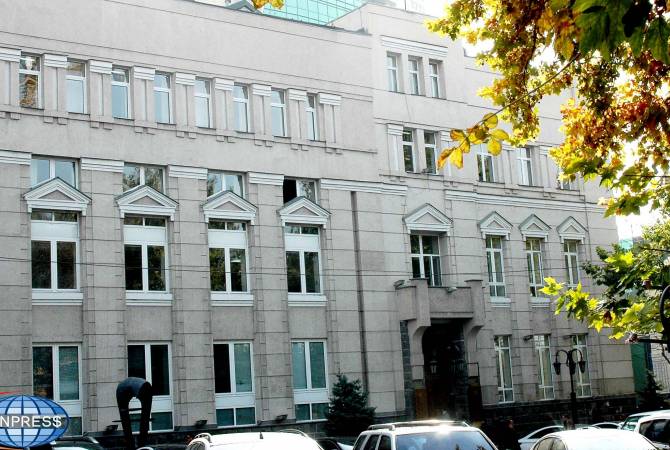 
YEREVAN, NOVEMBER 22, ARMENPRESS. The Central Bank of Armenia on November 22 presented the sketches of the third series of banknotes to be issued in 2018, reports Armenpress.

CBA general secretary Davit Nahapetyan presented them to the reporters on the day of the 24th anniversary of Armenia’s national currency.

“Initially a competition was announced, we had an active participation as a result of which the works of three designers have been chosen. The CBA specialists worked on them and finalized the sketch projects”, he said, adding that the designers are Eduard Kurghinyan, Vardan Vardanyan and Suren Simonyan.

“I want to state that the final version may not reflect the current sketches as the same, since the printing specialists will bring them to a design look appropriate for banknotes”, he said.

The printing was conducted by Giesecke & Devrient company. The banknotes will be put into circulation on November 22, 2018 on the 25th anniversary of the national currency.

CBA PR head said it is possible that the 2000 AMD banknotes will be put into circulation earlier since there is already a demand for it in money circulation.