Armenia, China have no weapons supply deal yet 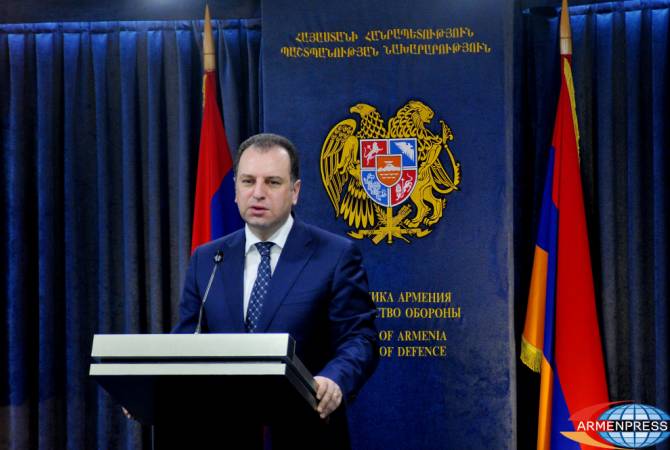 
YEREVAN, OCTOBER 2, ARMENPRESS. Armenia hasn’t made a weapon supply agreement with China as of this moment, defense minister Vigen Sargsyan said during a October 2 press conference, commenting on his recent trip to China.

“As of this moment we haven’t agreed with China regarding a weapons supply. However we had very important meetings and discussions about military-political dialogue and partnership programs. For many years the Armenian Armed Forces have Chinese weapons-ammunition, which were displayed at the exhibition. We are open for any kind of dialogue”, he said.

The minister says he prefers to display the arsenal during exhibitions. According to him, speaking about future or possible acquisition of weapons, supply from this or that country are useless because first of all they complicate the very process, and secondly it is a disclosure of a prospect program, which enables the adversary to take counteractions.