YEREVAN BESTSELLER 4/79 – Three new books are in the list 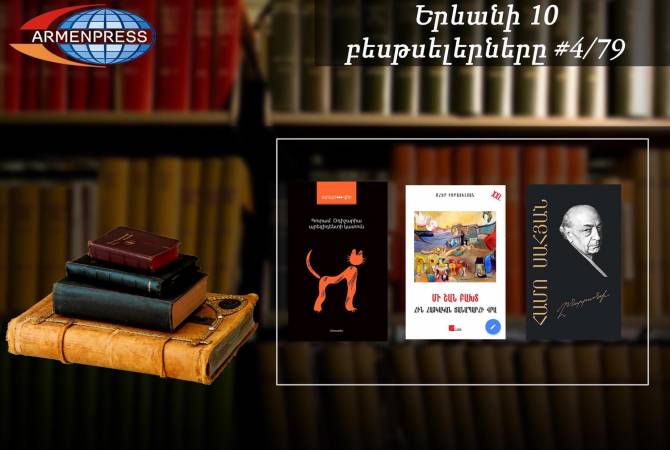 Stefan Zweig’s ‘Collected Stories’ is ranked 2nd. Zweig was an Austrian novelist, playwright, journalist and biographer. At the height of his literary career, in the 1920s and 1930s, he was one of the most popular writers in the world. The book was translated by Ara Arakelyan and Margarit Arakelyan.

‘Collected Stories of Guy de Maupassant’ is ranked 3rd in the list. It includes the author’s best works. Guy de Maupassant is an author of numerous stories, novels depicting France’s daily life. His numerous works have been translated and published in Armenian.

Oscar Wilde’s ‘The Picture Of Dorian Gray’ comes next in the bestselling list of the week.  Dorian Gray is the subject of a full-length portrait in oil by Basil Hallward, an artist who is impressed and infatuated by Dorian's beauty; he believes that Dorian's beauty is responsible for the new mode in his art as a painter. Through Basil, Dorian meets Lord Henry Wotton, and he soon is enthralled by the aristocrat's hedonistic worldview: that beauty and sensual fulfillment are the only things worth pursuing in life.

‘A dog fortune on an old Armenian road’ collection of stories by Mher Israelyan is ranked 6th. It tells about loyalty, love and friendship.

Hamo Sahyan’s ‘Selection of Poems’ is 7th in the bestselling list.

‘The Alchemist’ by Brazilian writer Paulo Coelho improved its positions and is ranked 8th. Originally written in Portuguese, it became an international bestseller translated into some 70 languages as of 2016. An allegorical novel, The Alchemist follows a young Andalusian shepherd in his journey to Egypt, after having a recurring dream of finding treasure there.

Grig’s Jesus Cat is 9th on the list. This is the first book of the young prose writer. The novels involved in this work bring forward a unique writing style on the one hand and an original vision on the world and people on the other. This combination forms characters in Grig’s creative space, which help to discover another invisible side of life.