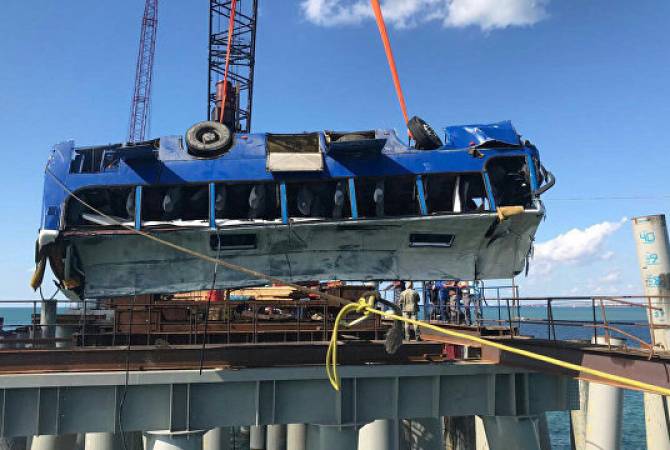 
YEREVAN, AUGUST 25, ARMENPRESS. The preliminary list of people killed in the bus crash in Russia’s Krasnodar region has been released: there are two Armenian surnames in the list – S. Bugudyan, A. Bugudyan, reports Armenpress.

On August 25 the bus carrying out workers fell into the sea killing 17 people.

According to preliminary reports the bus fell into the water for not following the traffic rules or failure of brakes.

Earlier the Armenian Consulate General in Rostov-on-Don announced there were two Armenians among the victims.