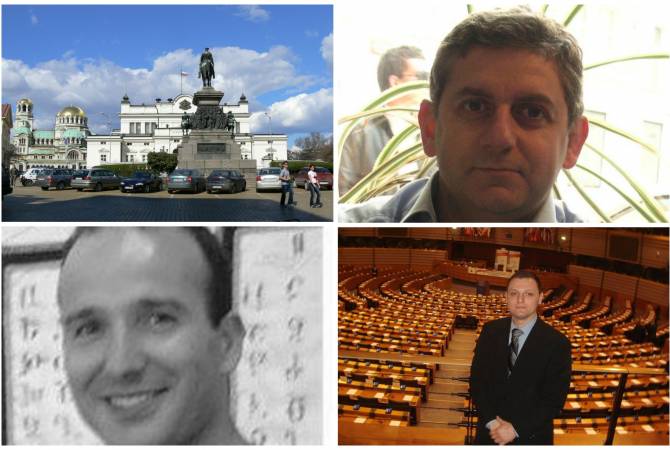 
YEREVAN, AUGUST 8, ARMENPRESS. Following our publication about the interference of the Azerbaijani Ambassador to Bulgaria Nargiz Gurbanova in the domestic affairs of the host country “Armenpress” news agency talked to the representatives of the AGBU expecting comments on the political pressures by Azerbaijan. The information that emerged as a result of our inquiry exposed new details of the case.

The Bulgarian Embassy in Yerevan preferred not to answer the questions of “Armenpress” over the continuous pressures by the Azerbaijani Embassy in Bulgaria against the staff of the Armenian General Benevolent Union’s Bulgarian branch (AGBU) and the events organized by the Union.

The visible hand of diplomatic blackmail of Azerbaijan

As a result of Azerbaijan’s interference in the domestic affairs of Bulgaria the Chairman of AGBU Bulgaria’s youth union Hayk Karapetyan had to abandon the position of the member of the Plovdiv National and Integration Council under still undisclosed circumstances. “Armenpress” news agency talked to Karapetyan over the issue, who was in Ukraine at that moment.

In his written response to “Armenpress” Hayk Karapetyan did not touch the reasons of leaving the position, but made a rough and interesting statement. “When the Bulgarian leadership allows the embassy of another country to interfere in the domestic affairs of their country, means that the country is led by traitors of the nation who will stand a merciless trial of the history. The Armenian community of Bulgaria is deeply integrated and has made great contribution to the development of Bulgaria and all the aspects of life during the centuries of co-existence. Moreover, we are citizens of Bulgaria and our government has to protect our human civic rights”.

Karapetyan’s statement gives ground to think that his resignation was linked with the activities of the Azerbaijani embassy in Bulgaria and the state bodies of the country succumbed to pressures instead of protecting the rights of the citizens of the country.

Baku’s behavior is not something new for Armenian organizations

“I am convinced this not the first time this happens, but is the first case that has been exposed”, Davidyan said, noting that Azerbaijan uses its oil levers and “caviar diplomacy” to influence on some countries and institutions.

According to Davidyan, the corruption schemes that have received the name “caviar diplomacy” have already been revealed mainly by some civil society organizations. He added that this type of behavior is not unique only for Azerbaijan, but for a number of other totalitarian states.

“Armenpress” also asked Head of the AGBU Bulgaria branch Arno Kuyumjian to comment on their private investigation of the documents uploaded by “Anonymous Bulgaria” group.

Kuyumjian noted that he is well-aware of the nonstop anti-Armenian campaign by the Azerbaijani embassy in Bulgaria, by which the Azerbaijani side tries to create a gap between the centuries-old relations of Armenians engaged in charity in Bulgaria, who, by the way, are citizens of Bulgaria, and the local Bulgarian people.

To the question to what extent the AGBU Bulgaria can feel the negative impact of the Azerbaijani embassy, Kuyumjian noted that the Azerbaijani side tries to regularly exert pressure on the authorities of Bulgaria using its economic levers and joint ventures.

According to Kuyumjian, the behavior of the Azerbaijani Ambassador to Bulgaria is unacceptable and is in no way in line with the principles adopted by Bulgaria, while any step directed to spoiling Armenian-Bulgarian relations will be condemned to failure.

The mysterious silence of the Bulgarian Embassy

“Armenpress” tried to contact with the embassy of Bulgaria in Armenia to receive answers over these and other issues, wishing to find out if it’s acceptable for Bulgaria when the embassy of a country (in this case Azerbaijan) interferes in the domestic affairs of the accrediting country and the relations of its citizens, forgetting that a diplomatic representation is not a political body and has no right to interfere to interfere in the domestic affairs of the host country.  While the question what countermeasures the Bulgarian side takes to solve those issues and stop the illegal activities of the Azerbaijani embassy remained unanswered like the other questions.

We present the response of the embassy with no comments.

“We wish to inform you over the inquiry sent to the Embassy’s E-mail that Ambassador Maria Pavlova is not in Yerevan. Moreover, I would like to inform that the Embassy of Bulgaria has an established practice not to comment on media or internet publications”.