Alexey Shor - Discovery of the Festival 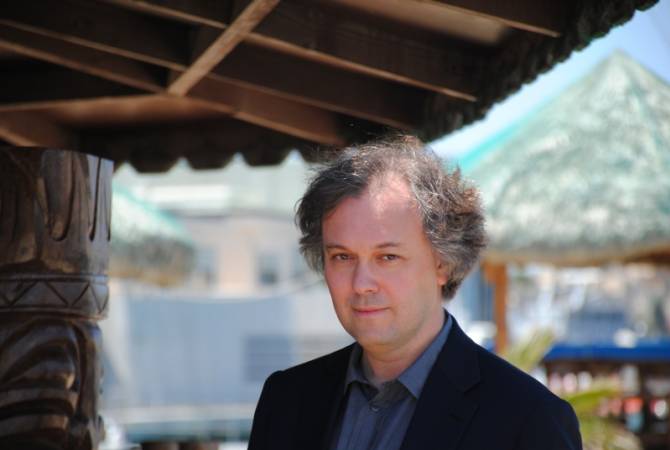 
YEREVAN, JULY 19, ARMENPRESS. The headlines of the “Armenia” International Festival and Competition were contemporary composer Alexey Shor and his compositions.

In 2017/2018 he is the composer-in-residence of Malta International Piano Festival and Competition and eleven other competitions, including the “Armenia”. For about 10 days Armenian audience and connoisseurs of classical music who arrived in Armenia enjoyed the best compositions by Alexey Shor at different concert halls both within the framework of the festival and the competition.

Armenian audience has learnt about the Maltese composer due to the State Youth Orchestra of Armenia. Headed by the Artistic Director and Principal Conductor Sergey Smbatyan the orchestra has performed “Verdiana”, an overture to the “Crystal Palace” ballet and other compositions by Shor.The overture was a world premiere, while the whole ballet is being presented for the first time on July 21 in Malta. Shor surprises the audiences and critics with his commitment to long-established harmony, romantic emotionality and distinguished taste. His style is apparently simple, yet demanding and requires a strong personality and infinite devotion.

It is not accidental that within the framework of the 1st “Armenia” International Festival and Competition, organized by the State Youth Orchestra of Armenia and the European Foundation for Support of Culture, compositions by Shor were presented both by Armenian collectives (Philharmonic, Youth, Chamber orchestras, Khachaturian Trio, Abgar Muradyan Duo) and by many outstanding representatives of the classical field: violinists Maxim Vengerov, Roman Kim, Fedor Rudin, cellist Narek Hakhnazaryan, pianist Nareh Arghamanyan. Roman Kim (violin) and Armenian National Philharmonic Orchestra, headed by conductor Eduard Topchjan presented a piece for Violin and Orchestra "Flight of a Falcon" by Shor. The start of the festival was impeccable! Narek Hakhnazaryan also presented three pieces by the composer and was warmly welcomed by the audience. “We are going to present an interesting program. We will perform Three Pieces for Cello and Orchestra by Alexey Shor.

This composition is an Armenian premiere!” - the famous cellist noted before his concert. During another concert Fedor Rudin and National Chamber Orchestra of Armenia performed a cycle for Violin and Strings entitled “The Four Seasons of Manhattan” by Alexey Shor. Nareh Arghamanyan and the Armenian National Philharmonic Orchestra presented the world premiere of the Concerto for Piano and Orchestra entitled "Travel Notebook" by the composer-in-residence that received a long standing ovation that lead to multiple encores. “I have already performed compositions by Alexey Shor in Kazakhstan, Germany, Malta. Alexey Shor is a wonderful contemporary composer.

His composing style is similar to Rachmaninoff, Chopin. It was a great pleasure to present the world premiere of the composition by Alexey Shor. I hope that I will have another chance to present more compositions by Shor in Armenia” –Nareh Arghamanyan noted. The peak of the festival was the concert of Maxim Vengerov. The world famous violinist and the State Youth Orchestra of Armenia, headed by conductor Sergey Smbatyan, presented a beautiful composition - “Lonely Sail” for Violin and Orchestra by Alexey Shor. Referring to the composition, Vengerov noted: ” Superb music, very melodic. I think the audience will enjoy it!”. The new rising talents – pianists, participating in the “Armenia” piano competition performed fragments of “Childhood memories” by Shor with their own interpretations. The audience welcomed all the compositions by Alexey Shor warmly and with great inspriation. This was the evidence of a great success! The composer confessed that he was proud that such famous musicians performed his compositions.