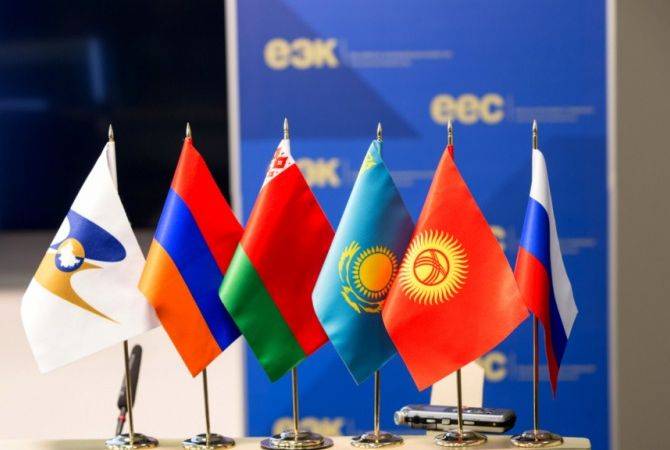 
YEREVAN, JULY 18, ARMENPRESS. The Eurasian Economic Commission (EEC) proposed Russia to make changes in the law entered into force from June 1, 2017 which bans working in Russia with foreign driving licenses, considering the issue of freeing the citizens of Armenia, Moldova and Kazakhstan from the requirements to obtain Russian driving license for working in Russia, Kommersant reported.

Chairman of the EEC Council, Vice Prime Minister of the Kyrgyz Republic Oleg Pankratov announced existence of agreement to settle this issue by a separate deal through which the law must not be applied on the citizens of the EAEU member states (Kyrgyzstan, Armenia, Kazakhstan, Belarus) so that it will not contradict to the EAEU’s principles and the idea of singe labor market.

Oleg Pankratov added that the works to develop the agreement will continue which will set common rules for mutual acceptance of national driving licenses.

Ara Babloyan, Speaker of Armenia’s Parliament, voiced this issue during the meeting with Russian State Duma Chairman Vyacheslav Volodin in Moscow. In response, the Russian State Duma Speaker said the adoption of the law was conditioned exclusively by traffic safety since working drivers do not know Russian traffic rules because they don't know Russian. Given that the law is already adopted, Vyacheslav Volodin proposed to grant Russian an official status in Armenia.

Speaker Babloyan, in response to this proposal, said there is no such issue in Armenia’s agenda to grant Russian an official status. He stated that Russian is taught in all Armenian schools which fully satisfies the solution of the problem. Volodin said the Russian side is open for discussions. Agreement was reached to discuss this issue later aimed at finding the possible alternative solutions.