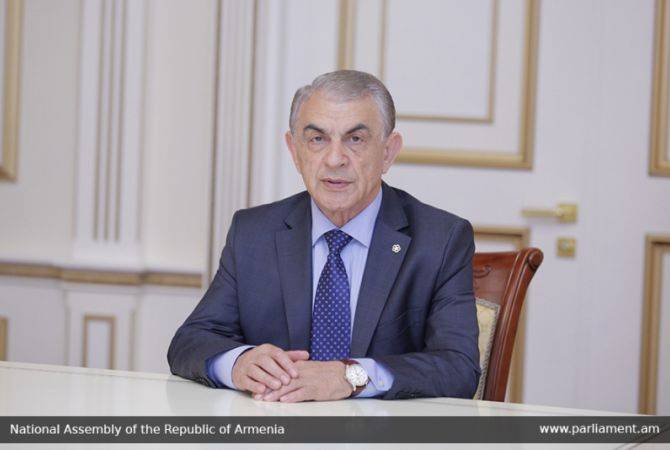 
YEREVAN, JULY 17, ARMENPRESS. Ara Babloyan, Speaker of Armenia’s Parliament responded to the statement of Russia’s State Duma Speaker Vyacheslav Volodin, whereby the latter had suggested Armenia to grant Russian language an official status in order for Armenian driving licenses to be valid there.

In response to ARMENPRESS’ inquiry, head of the PR department of the Parliament Arsen Babayan said Babloyan has responded during the meeting by telling the Russian politician that such an issue is not expected in Armenia’s agenda.

“The Parliament speaker responded, stating that there is no such issue and it’s not expected either in Armenia’s agenda. Russian is taught in all schools of Armenia, therefore the knowledge of Russian is completely sufficient. The sides agreed to touch upon the issue in the future”, Babayan said.

From June 1, 2017, a Russian law came into force banning people having foreign driving licenses in Russia. On July 14, the parliament of Russia passed a law according to which citizens of countries where Russian is an official language, for instance Kirgizstan, are allowed to work on their national licenses.