Polish, German and French film days to be held on the sidelines of ‘Golden Apricot’ Yerevan Film Festival 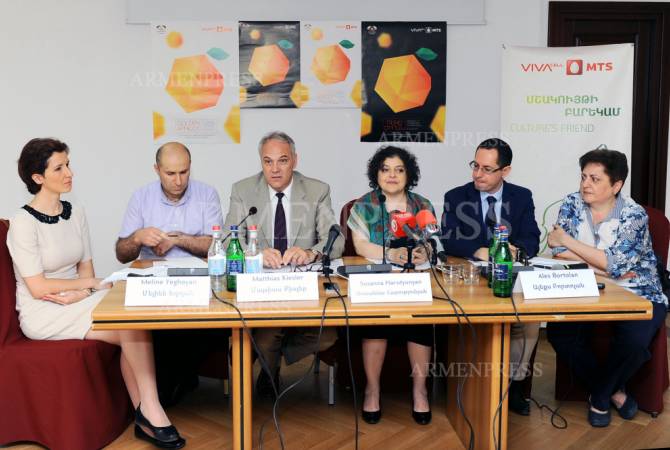 The festival organizers and representatives of embassies in Armenia gave a press conference on July 3 speaking about the films.

“The cooperation with the French and German embassies has become a good tradition since those countries have high-performing movie art. We pay great attention to the European movie and try to screen their best ones during the festival”, artistic director of the festival Susanna Harutyunyan said.

German Ambassador to Armenia Bernhard Matthias Kiesler said within the frames of the festival July 13 has been declared as German film day. “According to statistics, 120 German movies have been screened during ‘Golden Apricot’ since 2004. I think we had our contribution to the development of the festival”, he said.

6 German movies are presented at various programs of the festival.

Cultural adviser at the French Embassy in Armenia Alex Bortolan stated that perfect French movies have been screened within the frames of the festival of different years.

Meline Yeghoyan, Attaché of the Cultural Department of the Republic of Poland in Armenia, said the festival is recognized not only in the region but also in the world.

10 films are presented in the festival’s competition and non-competition program.