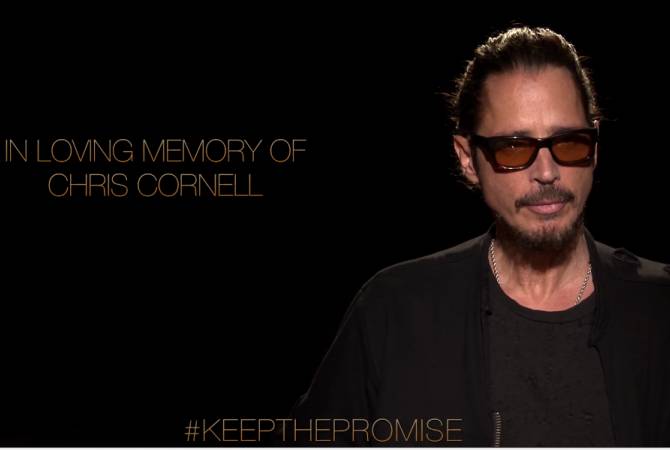 “My friend Cornell was committed to helping children and refugees”, Brolin said.

“Chris Cornell has decided to donate all of the proceeds from the song that he did for ‘The Promise to charity of refugees and children in need”, Serj Tankian said.

Famous signer Pharrell Williams called on to join the campaign for the sake of Chris Cornell posting #keepthepromise in social network.

At the end of the clip Chris Cornell says: “Hi, I’m Chris Cornell, and I vow to keep the promise to fight for the world’s most vulnerable children”.

At the end of the video it is mentioned that the musician donates all proceeds from ‘The Promise’ song to assist children and refugees.

Lead singer of Soundgarden and Audioslave Chris Cornell passed away on May 17 at the age of 52. Cornell wrote and performed ‘The Promise’ song for the eponymous movie on the Armenian Genocide.  Speaking about the movie , he said: “That was one of the things that was important to me, was not just telling a century-old story, but telling that story because it's happening today”.