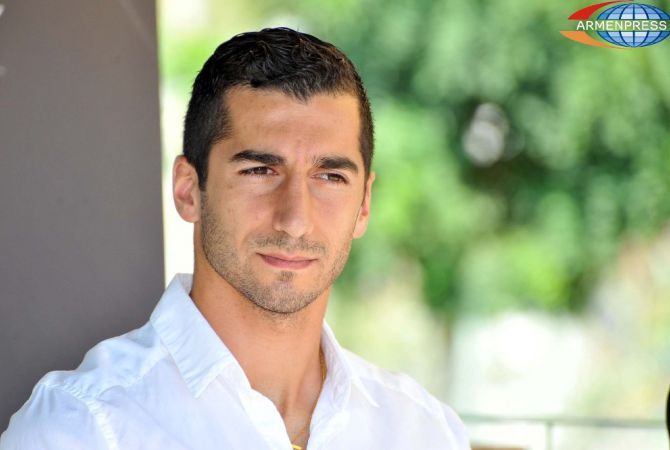 
YEREVAN, MAY 28, ARMENPRESS. President Serzh Sargsyan awarded Armenian National Football Team and Manchester United midfielder Henrikh Mkhitaryan with 1st degree Order for “Services to the Motherland” on the occasion of the Republic Day on May 28, reports Armenpress.

Mkhitaryan was awarded for his contribution to the development of Armenian sport and presenting Armenia throughout the world.

After the awarding ceremony, Mkhitaryan told reporters he is very proud of being awarded by the President, and expressed hope this will contribute to the development of Armenian sport in future as well.

Asked which of his goals can be compared with the President’s Order, Mkhitaryan said: “I will not compare it with any of the goals, they are incomparable”.

Asked what the President told him while awarding the Order, Mkhitaryan said the President thanked for presenting Armenia at best in the world and congratulated on being awarded with the Order.