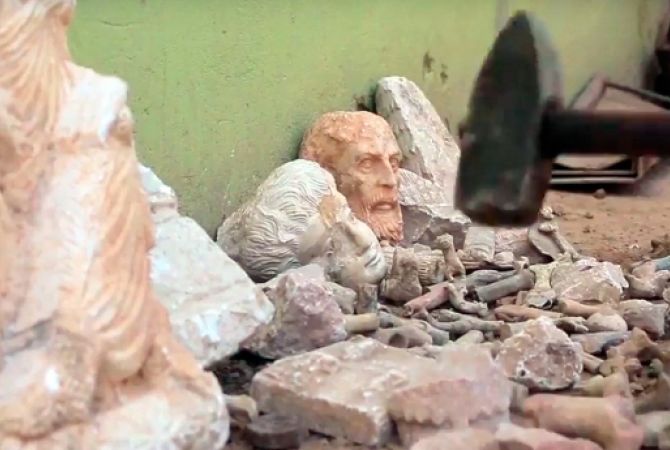 The terror organization published a video showing its member using sledgehammers to destroy archeological statues and artifacts found in the Dura-Europos site.

Earlier Dura-Europos has been subjected to organized theft and looting that destroyed its landmarks.

SANA calls this incident as ‘a new crime against Syrian civilization and human heritage’.

Dura-Europos, also known as al-Salhiye, was established in the 8th century BC, and became a vital economic center due to it overlooking fertile Mesopotamian lands and due to its position on the Silk Road, and the consecutive ancient civilizations that existed in shaped it into an important city containing temples, buildings, and houses spread across 150 hectares.