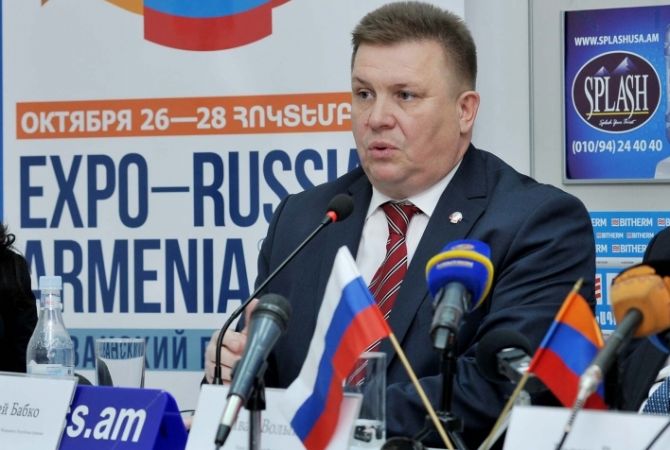 
YEREVAN, MAY 5, ARMENPRESS. Armenia can become a commercial transit point between Russia and Iran, however there are some problems which require solution, Russia’s commercial representative to Armenia Andrey Babko told ARMENPRESS.

“Russia hopes that Armenia will become an industrial bridge between Russia and Iran, however first of all the road to Iran must be improved. The curvy road is very dangerous for cargo vehicles, and problems might occur in case of large flows of vehicles”, Babko said.

According to him investments are needed for the construction of the road, and investments will be made when the volumes of cargo will be officially confirmed.

“Currently neither the Iranian nor the Armenian side has officially announced about large volumes. Therefore the solution of this issue requires time for negotiations and study”, he said.