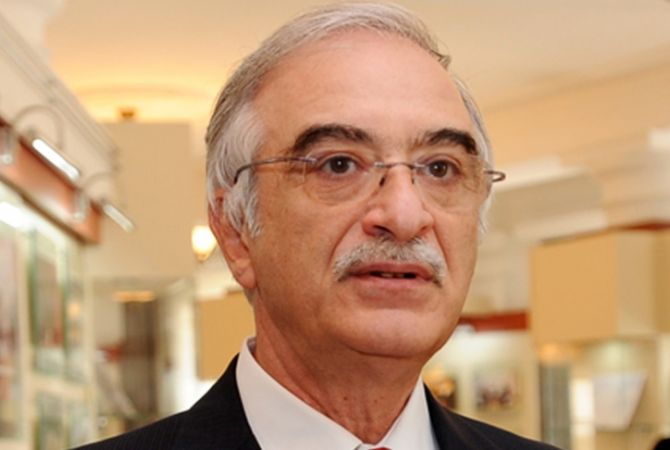 
YEREVAN, APRIL 28, ARMENPRESS. Polad Bülbüloğlu, Azerbaijan’s candidate for UNESCO Director-General, has appeared in an embarrassing situation on April 27 during hearings of candidates in Fance.

The chairman of the session warned Bülbüloğlu that the candidates must speak either English or French.

After reading a few sentences in English, Bülbüloğlu however began to speak in Russian.

“I myself am dissatisfied with my level of English, however that’s not important, the important thing is what a man has in his head”, he said.

Bülbüloğlu was even unable to give decent responses at the session, by continuing to emphasize only the fact that he supposedly plans to bring large amounts of money for the realization of different UNESCO programs.

It is noteworthy that Bulbuloglu, a man who in his term in office as Azerbaijani culture minister destroyed the medieval Armenian cross-stones in Nakhijevan’s New Jugha, which UNESCO itself had acknowledged as world heritage, is now a candidate for UNESCO Director-General.

During the entire period of this crime, Bulbuloglu didn’t make even one remark on condemning or preventing the destruction of the Armenian cross-stones.

In addition, now as Azerbaijan’s Ambassador to Russia, he has numerously delivered belligerent rhetoric on taking up arms and fighting Armenians.