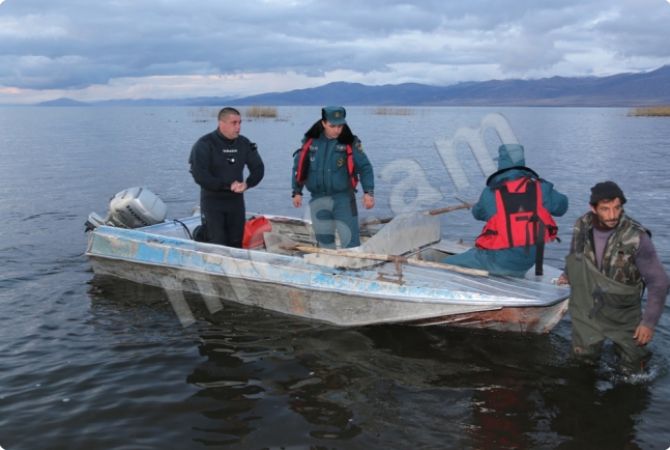 
GAVAR, APRIL 14, ARMENPRESS. Rescuers have recovered the body of Hovik Yepremyan, 46, from Sevan Lake at 09:30, April 14, in the area of Artsvanist village. The man was a local of the same village.

Samvel Ohanyan, the head of the village, told ARMENPRESS the man entered the lake on a boat and drowned.

Rescuers suspended search operations at night due to visibility, and in the morning the body was found.

“He drowned very close to the shore, that’s why the body was discovered soon. Hovik was married, a father of two. One of his sons is serving in the Army, the other just recently departed to work abroad”, Ohanyan said.

At 22:05, April 23, the ministry of emergency situations received a call that the man hasn’t returned after entering the lake on a boat. Emergency response units were dispatched to the scene.

Rescuers discovered the boat empty. Search operations were launched immediately, however due to unfavorable weather conditions and nighttime darkness the search & rescue operations were suspended.

Rescuers continued searching in the morning at 07:53.