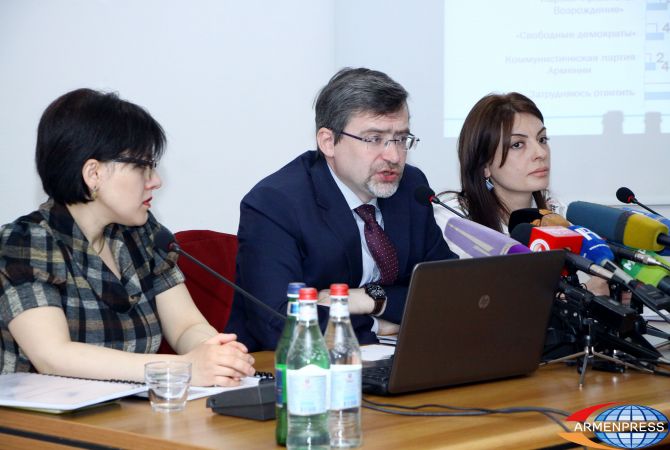 
YEREVAN, MARCH 28, ARMENPRESS. The Republican Party of Armenia (RPA) improved its rating by 6% and increased the number of supporters during the election campaign, reports Armenpress.

The rating of Tsarukyan alliance decreased by 4%: 41% of the survey participants said they will vote in favor of this political force instead of the previous 45%.

The survey was conducted by VCIOM in Armenia from March 17 to 24, 2017 by the order of Shant TV. 1600 people took part in the survey. It was conducted face to face.

21:29, 09.24.2021
Viewed 2097 times Today, no Armenian lives or practically could live in the territories under the control of Azerbaijan – Pashinyan