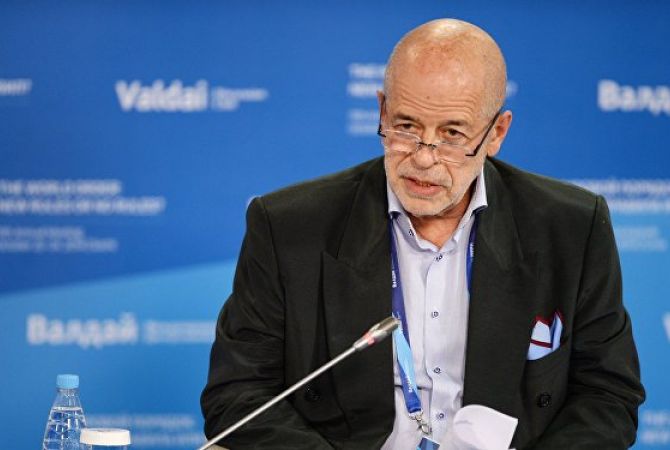 
YEREVAN, MARCH 11, ARMENPRESS. Russia is a ”supplier” of security for Armenia and will never allow anyone to harm or attack Armenia, Vitaly Naumkin, scientific director of the Institute of Oriental Studies of the Russian Academy of Sciences said during the Valdai international dialogue club’s visiting session in Yerevan, speaking on Russia’s armament supply to Azerbaijan.

In response to an observation that Armenia is the strategic partner of Russia, however Russia is selling weapons to Azerbaijan, which in its turn is using those weapons to shoot Nagorno Karabakh and Armenia, Naumkin said: “This is a very serious matter, which our Armenian colleagues don’t accept. Let’s just say that we live in the post-Soviet territory, where the strategic line of Russia is having friendly relations with all states in the area. It’s not about that Russia is carrying out some actions which can harm Armenia, I think this is completely ruled out. Russia and Azerbaijan have military-technical cooperation, nobody denies it, however, I think, it is a constraining factor”.