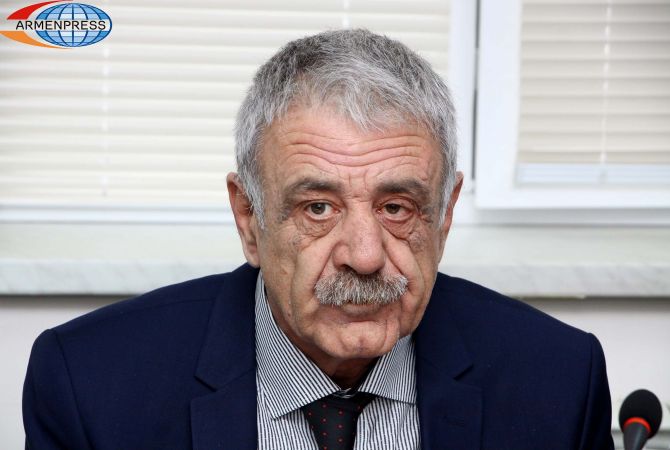 
YEREVAN, MARCH 3, ARMENPRESS. The rights of Talysh people are grossly violated in Azerbaijan, Shahin Mirzoev - participant of Talysh freedom movement, journalist at the “Tolishi Sado” newspaper, said during the discussion entitled “Xenophobia and its consequences from human rights perspective” in Yerevan, reports “Armenpress”.

He said the Azerbaijani leadership does everything so that Talysh people refuse from their own language, culture. Various circles of the leadership exert pressure on Talysh people by regularly violating their rights.

“The Azerbaijani authorities forced many Talysh people to refuse from their language, Talysh name is even banned by law. No organization, which has Talysh word in its name, is being registered. The textbooks are forbidden, the TV is prohibited. There are also bans on having an elementary dictionary. The authors of the dictionary, published recently, were arrested, and it was banned to be distributed”, Shahin Mirzoyev said, stating that Talysh villages are abandoned year by year. Many had to leave their villages due to abuse of the Azerbaijani leadership.

The Armenian MFA on February 11 announced that the Armenian leadership received a request from Shahin Mirzoev for temporary asylum, since as a member of Talysh Cultural Council, Talysh freedom movement, journalist at the “Tolishi Sado” newspaper, he was obliged to flee from Azerbaijan due to the persecutions against ethnic and religious minorities and gross violations of their rights, and to arrive to Armenia with his family. Armenian leadership reacted positively to the request of Shahin Mirzoev.