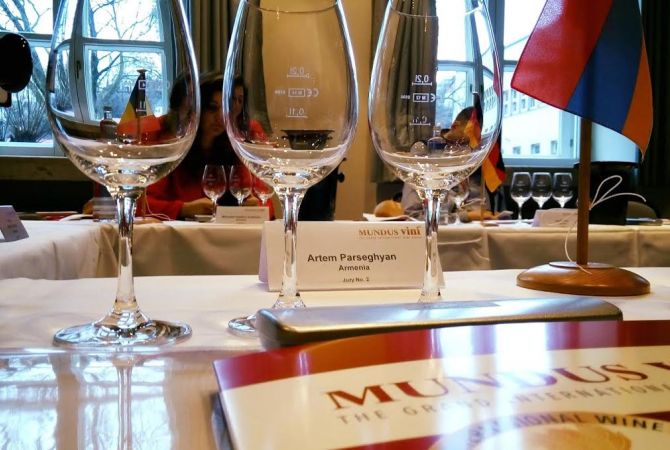 Armenian winemakers’ products received a total of 23 medals at the event – 10 gold and 13 silver, the ministry of agriculture of Armenia told ARMENPRESS.

The participation of Armenian winemakers was provided by the Winemaking and Viticulture Foundation of Armenia with assistance of the CBI – Center for promotion of imports from developing countries. 19 winemaking companies took part in the competition from Armenia and presented 58 types of wines, including sparkling wines.

Overall around 6000 types of wines from 44 countries were presented. The jury consisted of around 200 renowned experts, including Trinity LLC winemaker Artem Parseghian – the first time a representative of Armenia is being included in the jury.