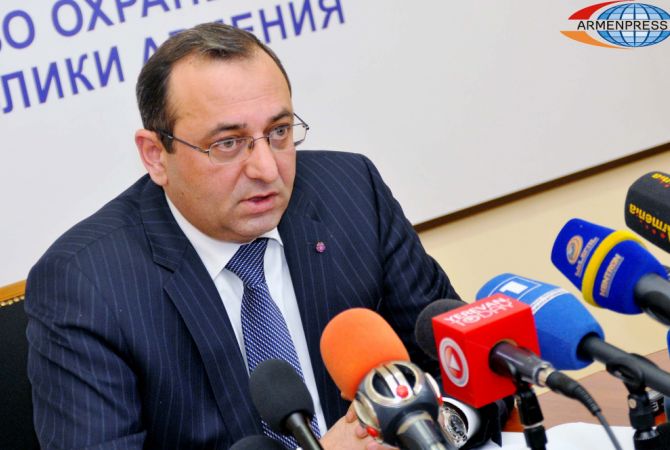 
YEREVAN, FEBRUARY 10, ARMENPRESS. The ARF will take part in Armenia’s upcoming parliamentary election as a separate unit, and Minister of Nature Protection, ARF member Artsvik Minasyan will not be included in the proportional list and is going to run by ranked voting system in Armavir province, reports “Armenpress”.

“As a member of the ARF Supreme Council, of course, I have expressed my readiness and commitment to actively take part in the elections. My goal, as a responsible member of the party, as a person, who assumes the post of a Minister, is to invest all my potential in order my party is able to continue the works  launched”, the Minister said during a meeting with reporters on February 10.

He said, as they earlier stated, the coalition cooperation agreement (RPA-ARF memorandum of cooperation) is not short-term and doesn’t suppose a work in a concrete phase.

After the elections, if they succeed, they will continue the cooperation on implementing the projects. These projects aim at carrying out fundamental changes in the country.