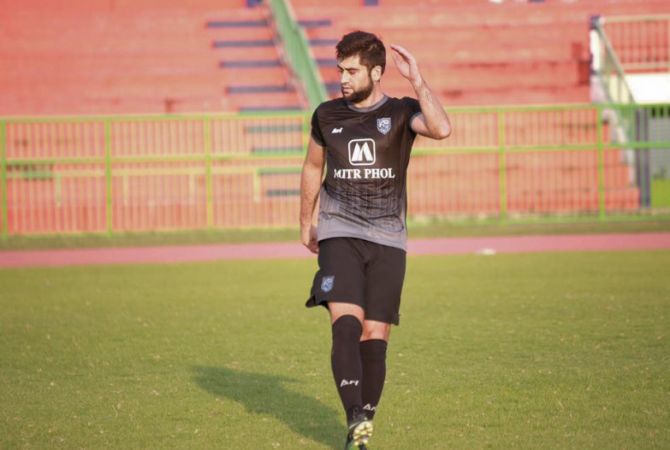 
YEREVAN, FEBRUARY 10, ARMENPRESS. Forward of the Armenian national football team Edgar Manucharyan has been signed by a new club.

Just a day after leaving Thailand’s Ratchaburi, Manucharyan was signed by the Port F.C. of Thailand.

In the first round of the Thailand championship the two teams which are set to compete are Ratchaburi and Port.

Manucharyan was signed by the Thai club in November of 2016 and was preparing for the Thai Championship. Earlier he played for Ural F.C.