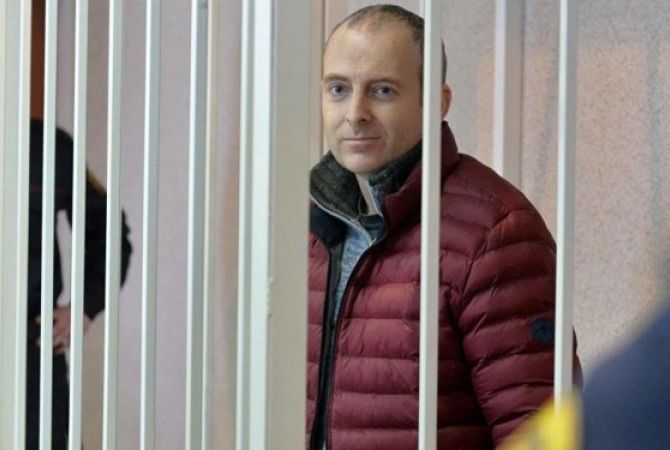 
YEREVAN, FEBRUARY 7, ARMENPRESS. The Supreme Court of Belarus has denied the appeal of Alexander Lapshin regarding the Belarus Prosecutor General’s decision on extraditing him to Azerbaijan, Sputnik reports.

The Supreme Court’s session on the appeal lasted less than half an hour. Lapshin’s attorney, Natalya Shekina, said her client was not present in the Court. She said Lapshin’s wife has requested the citizenship and migration department of the Minsk Internal Affairs Department for additional protection. In addition, she has filed a complaint to the Human Rights Committee of the UN, which has already initiated discussions.

In case the verdict is found to be lawful, the decision will come into effect immediately after publishing it. Alexander Lapshin, a Russian and Israeli citizen, faces criminal prosecution in Azerbaijan for “illegal border crossing” and “public calls against the country”. He faces up to five years imprisonment.

Belarus police arrested Alexander Lapshin on December 15, 2016 in Minsk. Lapshin, a Russian and Israeli citizen, resides in Moscow and writes for the famous Russian Travel Blog. He is wanted by Azerbaijan for visiting Nagorno Karabakh in 2011, 2012 and 2016, and criticizing Azerbaijan’s policy in his blog.

Baku demands the extradition of Lapshin from Belarus.