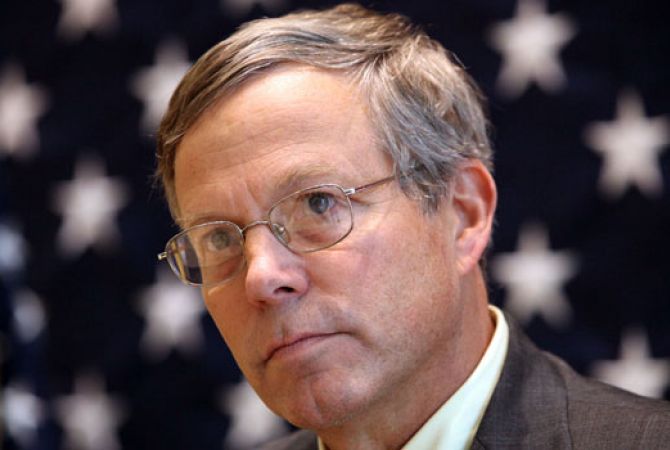 
YEREVAN, JANUARY 26, ARMENPRESS. John A. Heffern, former US Ambassador to Armenia, has temporarily assumed the post of Assistant Secretary of State for European and Eurasian Affairs at the United States Department of State after Victoria Nuland’s resignation, the US State Department reported.

John A. Heffern was the United States Ambassador to Armenia from 2011 to 2014. After being nominated in May 18, 2011 by United States President Barack Obama, Heffern was confirmed by the U.S. Senate on September 26, 2011 and sworn in as Ambassador on October 6, 2011. He was replaced by Ambassador Richard M. Mills, Jr. in early 2015.