“Genocide after genocide” exhibition to be held in several European cities 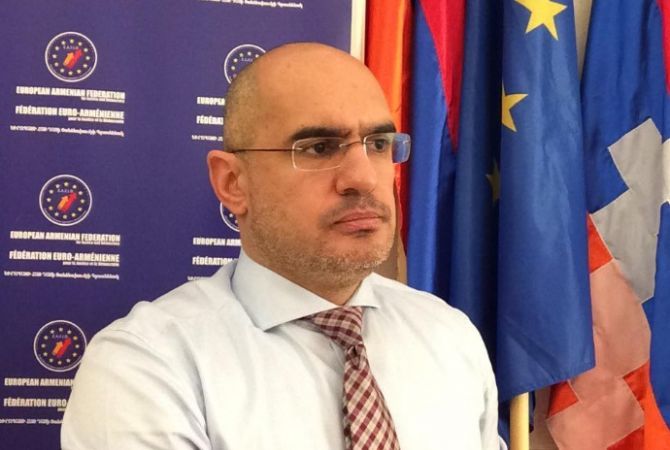 
YEREVAN, JANUARY 17, ARMENPRESS. “Genocide after genocide” exhibition will be held in a number of European cities in 2017, Bedo Demirdjian, liaison of the European Armenian Federation for Justice and Democracy, told “Armenpress”.

“The week-long exhibition had a great interest. During that period we had more than 1000 visitors. People became informed about what the Armenian community had had before the Armenian Genocide and what remained after that. This year we will hold this exhibition in various European countries. They will be launched in March”, Bedo Demirdjian said.

During this year the Armenian National Committee will move forward the issue of the Armenian Genocide in the context of recognition and reparation. Bedo Demirdjian said last year as well a number of important events were held on this path. In particular, a big conference was held in May during which the reparation ways, legal, economic, and etc, were outlined.

Moreover, a press conference over the legal case submitted by Catholicos Aram I of the Great House of Cilicia over the return of Sis Catholicosate was held in Brussels. Bedo Demirdjian stated that they will move forward based on these two key events.

He informed that they will most likely organize the 4th congress of the Armenians of Europe in Brussels at the end of 2017. It will last several days, the agenda issues of Armenia, Karabakh and Diaspora will be presented. The previous congress was held in 2013 with 350 participants.