Visits of European lawmakers, various figures to NKR to be intensified 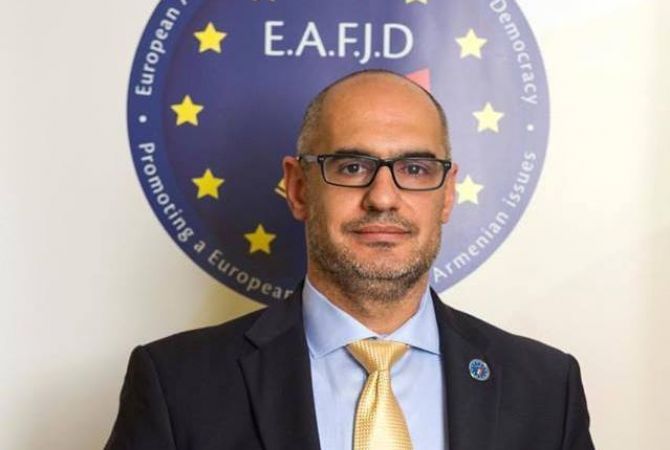 First of all, it is necessary to organize visits of the European lawmakers, political figures to Armenia, Nagorno Karabakh, and vice versa, the NKR parliamentary, political, public delegations must visit Europe.

“From this perspective 2016 was quite an active year. Many political figures visited the NKR. Active visits from the NKR to Europe were also recorded. The NKR President Bako Sahakyan also visited Belgium. We will continue our activity with this same spirit based on the works carried out last year”, he said.

He stated that after visiting the NKR, the impressions of lawmakers change, they become more informed. During such visits Karabakh has an opportunity to raise issues related to Azerbaijan’s aggression, attacking policy within various European circles, as well as issues related to the right to live of the NKR people, state-building.

Bedo Demirdjian said Karabakh has serious perspectives in terms of tourism. “Two months ago we held a great exhibition dedicated to the NKR in Belgium, we are in constant contact with various circles, tourism agencies on this path. We work in order the tourism companies include in their packages Armenia and the NKR. By this we are trying to boost the NKR’s tourism”, he said.

As for the Azerbaijani attacks, Bedo Demirdjian said they always occur.

“It seems Azerbaijan’s attack already became a usual phenomenon, we got used to it. I can say that they are unable to hinder us. They are working in the propaganda field, they spread information out of reality, but the fake propaganda is short-lived”, Bedo Demirdjian said.