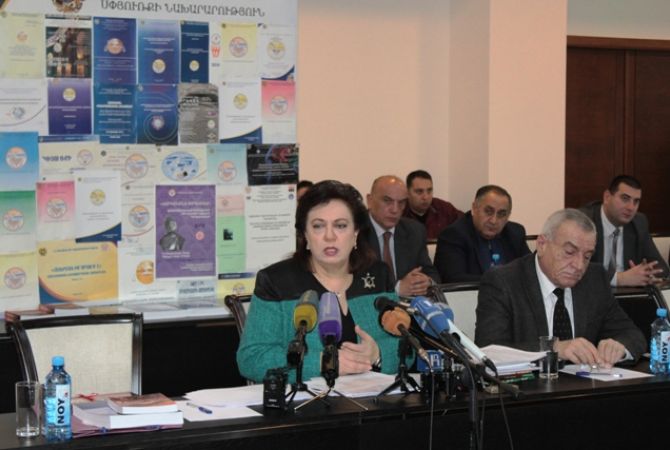 “The bombardments of Aleppo in late September of 2016 were foreseeable, but not to such extent. Naturally, the alertness of our work towards Syria and Syrian-Armenians was even more heightened. I would like to especially mention the work of Armenian Church structures, which although is not being noticed so much, since the large part of works is carried out in Syria”, the minister said.

According to the minister, the issues of social integration, culture and education of Syrian refugees are completed in Armenia, unlike in many other countries where Syrian refugees live.

“Regarding employment and accommodation issues, you won’t find a single Syrian-Armenian without a home. This is a key issue, which we are attempting to solve with the assistance of the Diaspora and Pan-Armenian structures. Works carried out with Syrian-Armenians are legal, political, economic, educational, social, cultural etc.”, she said.

The minister notified that during the 2016-2017 academic year, tuition fees of 436 Syrian-Armenian students were paid 70% by the Armenian government, AGBU, financial assistance of the “Calouste Gulbenkian” Foundation, and the Fund for Armenian Relief paid the remaining 30% for 25 vulnerable students.

“There are three main directions of work with the Diaspora. We continue working in the direction of preservation of Armenian identity, that is: we do everything for the Diaspora to remain more Armenian, we work on issues of language and culture of education. The next one is discovering potential, using it for the economy. And naturally, we are designing programs to make Armenia more recognizable especially for the youth, that is to help in recognizing their Fatherland, and perhaps in the future they might decide to relocate here”, Hakobyan said.