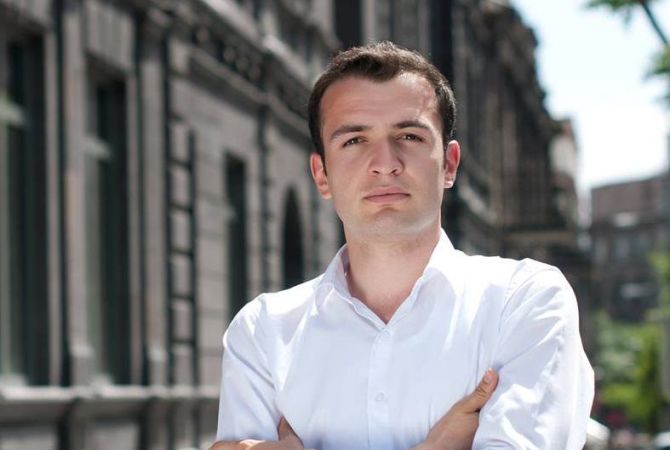 -During the last two, three years the economic situation of Azerbaijan is gradually deteriorating. And this is not only the opinion of Armenian experts and those who follow the developments in Azerbaijani from the Armenian field. The same opinion share also the Azerbaijani experts, international organizations. If we look at the economic growth rates, this year they are negative. Economic decline is expected in Azerbaijan, moreover, the recently published prediction says the economic decline will be nearly 3%. Next year zero economic growth is expected as well. The process of restoring Azerbaijan’s economic is possible only from 2019.

-What do you think, whether this is related with the reduction of revenues received from oil products? According to the latest data, the oil revenues decreased by 30%.

-During 2014-2015 all unfavorable economic developments in Azerbaijan could be linked with the low level of oil prices, but now other economic issues were added to this. In particular, the breakdown of the banking system, inefficient management issues of manat rates, every day manat depreciation against dollar with record rates. In other words, the oil prices have an impact, but  economic crisis signs have already started to appear inside the country which in their turn affect the entire economic environment.

-What consequences of record figures of manat depreciation can have?

-Manat depreciation will first of all impact inflation. In other words, a big inflation is expected in Azerbaijan in near future. At this moment it is already a double-digit number, there is a 12% inflation in Azerbaijan, as in the previous year, this year as well there is a big possibility that the manat will depreciate with great paces in New Year. The same scenario of the last year will be repeated when the big trade centers will revise the prices by raising them.

-Last year as a result of such situation, certain companies were closed in Azerbaijan, a number of large companies cut jobs. What trend is being realized this year from this perspective?

-As for banks, at this moment I can say that in 2016 10 trade banks were closed. In other words, Azerbaijan faces a serious banking crisis, which, I suppose, will continue in near future. One of the most important events of the year was cut in the Central Bank’s reserves. There was a hope that the oil prices would raise and the dollar entries to the country would increase. And now December came, and again it is the same situation as it was last year. As of November 30, 2016, the Azerbaijani Central Bank’s international reserves were 4 billion. If we compare with December 2014, the international reserves were 14 billion. Within the two years the reserves, as we see, were significantly decreased.

-What are predictions over 2017? Whether these negative trends will be maintained?

-Of course, the country’s trade turnover has been decreased. Within the 11 months of 2016 the trade turnover decreased by 18%, which is quite a big figure. During the same period, the export decreased by 22%. Moreover, this year Azerbaijan for the first time showed that its domestic resources are not enough. This year Azerbaijan’s state debt exceeded 20%. Moreover, there are still talks with international banks, therefore the foreign debt tends to grow.

-You spoke about social complaints, currently are there any trends from this perspective?

-Of course, at this moment that complaint exists. People have savings in manat, they feel danger and want to change them with dollar. There is a tension among the Azerbaijani society and this will further deepen ahead of the New Year.

16:31, 06.30.2022
2059 views Statements of Turkish officials that they coordinate the process with Azerbaijan are strange – Armenia’s Special Envoy