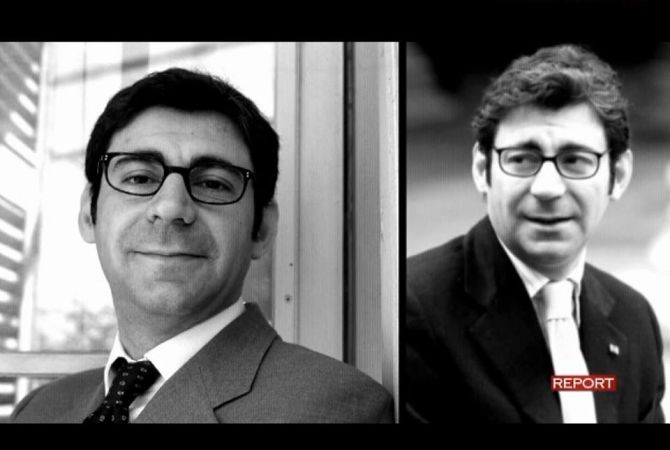 
YEREVAN, NOVEMBER 22, ARMENPRESS. The Italian Corriere TV presented new details on the scandal around the investigative journalism about “Caviar Diplomacy” in Azerbaijan.

The report shows how Italy’s former MP Luca Volonte took several million Euros from Azerbaijanis for creating a political backup for them in PACE.

In 2013, Volonte had to direct votes against the report on Azerbaijani prisoners, authored by MP Christophe Strasser.

In a program based on results of investigative journalist, Christoph Strässer reveals how the official Baku denied entry visa to him.

“Azerbaijan didn’t give me entry visa. It was the first time when a lawmaker – who was going on such assignment – didn’t receive entry visa”, he said.

The report later shows former Azerbaijani political prisoner Khadija Ismayilova speaking via Skype, who says there are circa 100 oppositionists and reporters in Azerbaijani prisons.

Within the framework of the report, Italian reporters visited Armenia and spoke with lawmaker Naira Karapetyan. She told about the experience in PACE, saying: “People came, whom I saw for the first time. They didn’t even know how to press the button. We never saw them again since then”.

Founding chairman of the “European Stability Initiative” Mr. Gerald Knaus – author of the “Caviar Diplomacy – How Azerbaijan silenced the Council of Europe” report, says: “Three years ago, when Azerbaijani reporters were being arrested, the CoE was always speaking positively about Azerbaijan, and it raised suspicions. Many CoE employees told how delegations – which were departing to Azerbaijan – are initially offered prostitutes, followed by money and gifts, carpets, then the famous caviar”.

11:29, 05.19.2022
3218 views U.S. recognizes role of population of Nagorno-Karabakh in deciding its future–Ambassador Tracy’s interview to ARMENPRESS