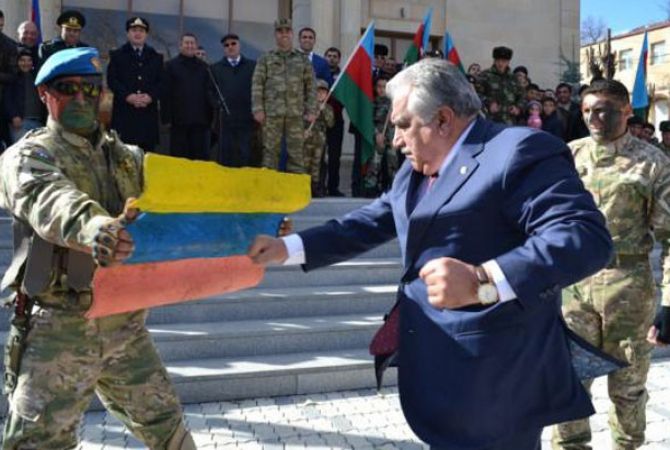 
YEREVAN, NOVEMBER 10, ARMENPRESS. Azerbaijanis are still unable to differentiate between the national flags of Armenia and Colombia. On November 9, which is the national Flag Day of Azerbaijan, chief executive of Dashkesan district Ahad Abiyev destroyed the flag of Colombia taking it for Armenian, displaying the explicit hatred against Armenians. “Armenpress” reports, citing Azerbaijani Report agency, trying to alleviate the stir rising from the scene, Abiyev started to justify himself by claiming that he thought it was the Armenian flag hanging in the opposite direction. “Those who present the Armenian flag as the Colombian flag work for Armenians”, Abiyev announced.

11:29, 05.19.2022
2942 views U.S. recognizes role of population of Nagorno-Karabakh in deciding its future–Ambassador Tracy’s interview to ARMENPRESS