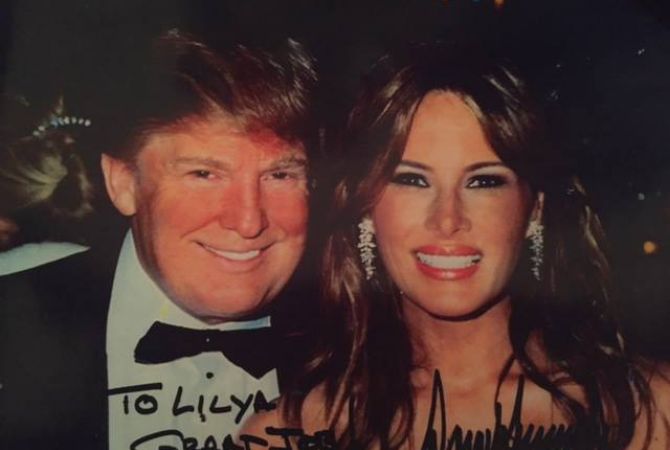 
YEREVAN, NOVEMBER 9, ARMENPRESS. Years ago Armenian paintress Lilia Karchikyan drew the portrait of the newly elected US President Donald Trump, who promised to hang it at home. The paintress is very happy Trump has been elected US President, and wishes to draw another portrait of his and send to him as a gift on the occasion of the victory in the presidential campaign. In an interview with “Armenpress” Lilia Karchikyan told details of how it happened that she met with Trump and drew his portrait. 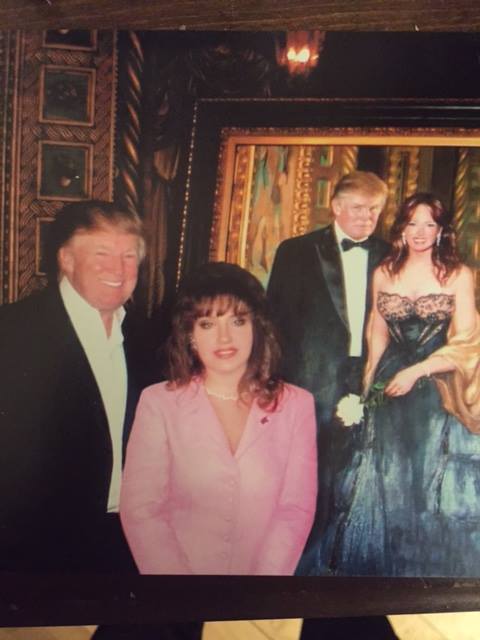 Karchikian told that she is a member of “Unicorn Children’s Foundation”, a very reputable organization in the USA, which closely cooperated with Donald Trump. “For years I had very good relations with the leaders of the organization, Valeria Rosenbloom and Mark Rosenbloom, while they closely cooperated with Donald Trump since he donated huge sums for helping children suffering autism. He also allocated the Meralco Business Center belonging to him and based in Florida to the organization for holding charity events. Before I drew Trump’s portrait, I had drew the portraits of many others at the request of the organization as a sign of gratitude for the support to the organization. And in order to express our gratitude to Trump as well, the leaders of the organization had asked him first if he would like paintress Lilia Karchikyan to draw his portrait. Trump accepted the offer with great pleasure as he had seen my previous works”, Lilia Karchikyan told. 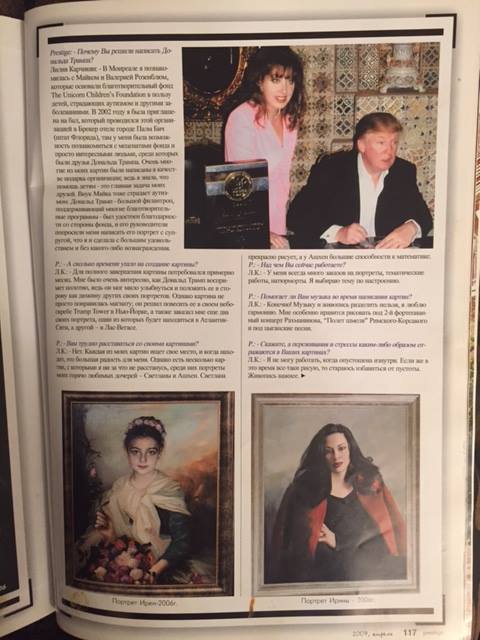 She added that the presentation of the portrait took place in 2007 and was attended by Trump. “I left for the USA just to participate in the presentation ceremony. Trump was also there and spent 45 minutes with us. We had a very sincere conversation during that time. He liked the portrait very much and he was very satisfied. He promised that he would hang the portrait on a wall of one of his New York flats. He wanted me to draw some more portraits, but I refused saying that I have to go to Armenia since my family is there”, Karchikyan recalled. 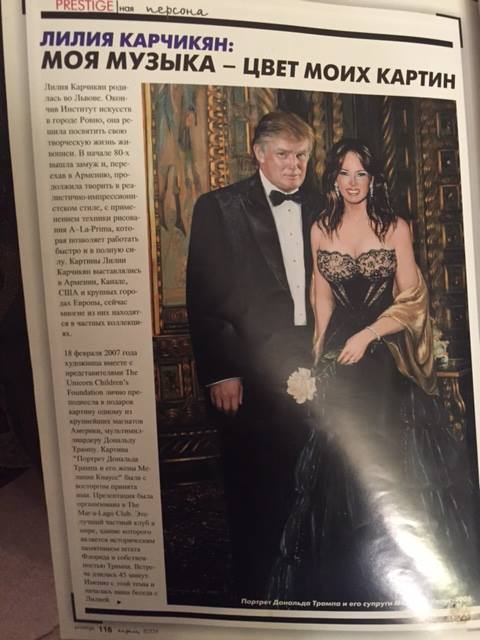 The Armenian paintress met with Donald Trump once again in 2013 during a charity event organized by the Unicorn Children’s Foundation. “We again had a conversation and his friend bought one of the pictures of my daughter, Svetlana. Trump asked a photographer to take a group photo of all of us. Two years ago I introduced the copy of the portrait of Donald Trump and some photos during my exhibition which illustrate that particular moment of my life”, she said.

She added that she wants to draw a picture with Armenian colors for Donald Trump as a gift on the occasion of his victory in the presidential campaign, as Trump liked the colors of Armenia very much which he saw in the pictures of Karchikyan.