World IT Forum to be held in Armenia 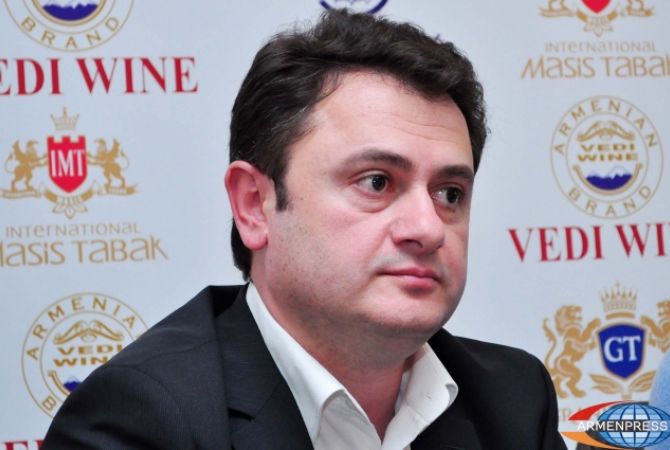 
YEREVAN, OCTOBER 31, ARMENPRESS. The Union of Information Technology Enterprises (UITE), being the only association in the technology field in Armenia and involving all large actors of the field for a long time, has formed a strategy during its activities, UITE Deputy Chairman Hayk Chobanyan said.

“Until recently there was an indirect and direct cooperation with the former Economy Ministry that was responsible for the IT sector. Of course, after the new change, we exist and will become one of the major partners of the Ministry of Transport, Communication and Information Technologies. During our discussions the priorities and projects are emerged which must be carried out in Armenia to boost the IT sector”, he said.

Chobanyan added that the UITE didn’t directly participated in the preparation of documents related to the IT sector. “Previously we have sent our approaches to the former Economy Ministry that was responsible for the sector in that time”, he said.

He said the Government’s action plan doesn’t reflect the strategic directions at all, that existed in recent years and exist today as well. He said the first one is the lack of strategy.

“We must make a contribution in order to compensate this document with strategic documents in the near future, and the entire IT sector will take part in its formation. I am convinced that we will have a project in February-March which we will present to the public’s judgment”, Chobanyan said.

“We need to be constructive, as well as demanding, in order words, there must be documents, calculations, concrete projects with their results, and, of course, there must be a pressure from the IT sector. The Government must not be the initiator of boosting the IT sector, rather the sector must take that role. By implementing this I think we will manage to present Armenia in the World IT Forum”, Chobanyan said.