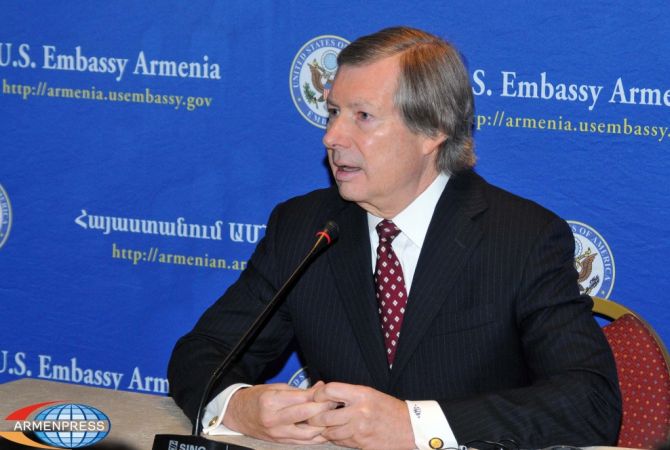 “There was an agreement in Vienna in terms of expanding the mission of Ambassador Andrzej Kasprzyk, the Personal Representative of the Chairperson-in-Office, and the aim of our visit is to make clarification around several details, regarding the initiation of this agreement”, he said.

According to Warlick, after the difficult days of April it was possible to restore respect towards the ceasefire in Vienna and St. Petersburg. According to Ambassador Kasprzyk’s reports, the situation in the border is relatively calm in the past months.

“I think this is the result of the meetings with the Presidents. The expansion of Ambassador Kasprzyk’s mission will be an important step in this direction”, Warlick said. The fact is, both Presidents have agreed to move forward in the path of peace.

“Here in Yerevan we want to specify the further steps in this direction”, he added.

He mentioned that the issue of status is in the stage of negotiations, and it refers to the final status. Warlick hopes the issue will be discussed in the public level also.