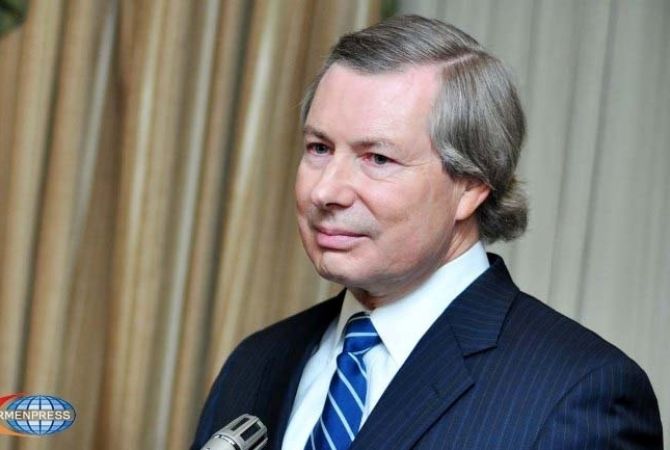 
YEREVAN, OCTOBER 22, ARMENPRESS. The OSCE Minsk Group co-chairs are willing to continue the work aimed at the settlement of the Nagorno Karabakh conflict, American co-chair James Warlick told a press conference in Baku.

“A good opportunity has been created in Vienna and St. Petersburg for the settlement of Nagorno Karabakh conflict. We continue talks in Baku and Yerevan in this direction”, Warlick said.

Warlick said the US, Russia and France are actively cooperating in the direction of settling the conflict.

Warlick recalled US Secretary of State John Kerry’s meetings with the Presidents of Armenia and Azerbaijan few months ago, stressing that US’s commitment aimed at the conflict settlement shouldn’t be doubted.

The American co-chair also said he had a meeting with Azerbaijan’s President Ilham Aliyev, who in turn expressed desire to meet Armenia’s President Serzh Sargsyan. He stressed that they will organize a new meeting between the two Presidents during this regional visit.

The co-chairs will later visit Armenia and Nagorno Karabakh.