Prime Minister: We are substituting the word “optimization” with “drastic cuts” 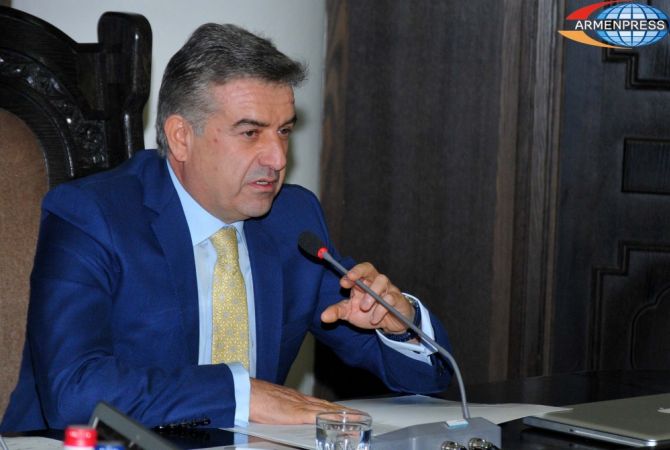 Head of the Urban Development Committee Narek Sargsyan mentioned that several technical changes will be made, the general idea of which is the unification of the Staff and the units of the state inspectorate.

PM Karen Karapetyan asked Sargsyan whether or not cuts are implemented during the restructuring process. Sargsyan responded: “By all means, Mr. Prime Minister. As result of consolidation and optimization the existing units are being reduced”.

Karen Karapetyan reminded that all agencies have been instructed to make proposals on changing their administration structure.

“Secondly, we are substituting the word “optimization” with “drastic cuts”, in order for optimization not to be interpreted differently. We find SNCO’s – for dismissing the ballast, those functions which are unclear, final administration is not carried out – we refuse. Based on that, since you are restructuring, report within five days about the cuts, in order for us to enter the optimal system at once”, the PM said.

Karapetyan said the Government is facilitating the administration and is making cuts, and is refusing from SNCOs, unnecessary structures and PIUs.